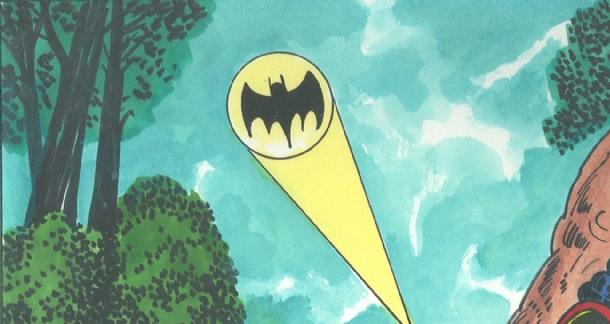 Via the New York Times

Sheldon Moldoff, a legendary illustrator of comic book superheroes, died on February 9th at the age of 91, from complications of kidney failure. Mr. Moldoff, who drew some of the most iconic superheroes in the comic book world, was perhaps best known for his work on Batman, though it was only until fairly recently that he was ever properly credited.

In that 1930s, Mr. Moldoff began submitting freelance illustrations to Detective Comics, and was soon hired by Batman creator Bob Kane. However, Mr. Moldoff left the job to draw heroes like Green Lantern, the Flash, Hawkman, and his own character, Jon Valor. In 1953, he returned to work with Mr. Kane as a chief ghost artist on Batman, and continued illustrating the comics until 1967.

…being a ghost you don’t say anything to anybody. You just work for your boss and that’s it. So Bob took all the credit.

It was not until the 1980s that Mr. Moldoff’s work on Batman came to be recognized, as the world of comic book conventions and comics culture in general blossomed. Mr. Moldoff, whose wife Shirley passed away 10 years ago, is survived by his daughter Ellen, and two sons, Richard and Kenneth.