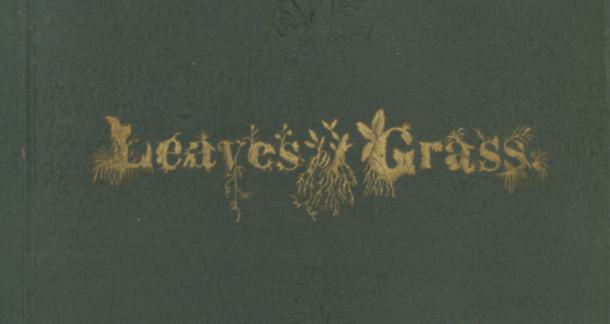 A first edition copy of Walt Whitman's Leaves Of Grass sold for $305,000 at auction this week along with several other rarities, including two first edition Charles Dickens books.

The sale, a record for a Whitman book, may have interesting implications for the future of print in an eBook world.

The market for fine and rare books has always been a relatively steady one, given the passionate nature of private collectors for rare items and first editions.

Of course, Whitman was not a wealthy man at the time of printing and had to bankroll the first edition himself. He could only afford to print 795 copies initially.

Out of curiosity, what are some of the higher-ticket items in the antique and collectible books section on eBay at the moment?

Qur'ans signed by various dignitaries are quite popular, including one handwritten Qur'an believed to be 345 years old. The bad news, it's up to $59,400.00. The good news, free shipping!

There are also a number of Tolkien first editions, including a copy of The Hobbit, first edition, complete with dust jacket, no restoration. A steal at $50K.

Read the truth of the treacherous & deceitful Jessica Ann Simpson and how she tried to seduce a happily married innocent man. LEARN about this filthy, immoral husband stealer who targeted married men! She targeted married men to satisfy her immoral urges, perverted desires and loudly ticking biological clock. Learn the truth how Jessica Ann Simpson many times secretly stalked this innocent happily married man and came up to him, in person, and tried to seduce him with lies of love, money and power which she offered him, in person, just inches away she whispered in his ears. Learn the truth how she offered him $5 million if he would cheat on his wife and run off and marry her.  Relentlessly and ruthlessly she pursued him but when he truthfully told others how she tried to seduce him, she had her people create a professional cover-up story to deceive the public and discredit him. When she failed to seduce him, and steal him away from his wife then she turned on him and attempted to destroy him with her lies and deception. Now, what woman could be more cold, treacherous, deceitful and unethical than that? No colder, more heartless, evil and insensitive person lives on this earth than Jessica Ann Simpson.

Pretty good rare book options. Any books you'd pay that much for?