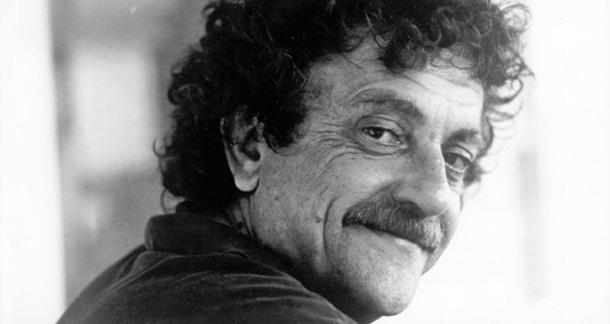 Last month Henry Holt and Co. published And So It Goes: Kurt Vonnegut: A Life, by Charlie J. Shields. It was heralded as the "first authoritative biography of Kurt Vonnegut Jr."

But it already has one major detractor: Mark Vonnegut, the late author's son.

Shields--who also wrote a controversial bio of To Kill A Mockingbird's Harper Lee--found Vonnegut to be cruel to his first wife, prone to depression, and bitter toward the critics he felt never gave him his due. The book also alleges that the famously anti-war author had invested in Dow Chemical, a maker of napalm. In an interview with the Charlottesville Daily Progress, Shields said Vonnegut "was not the person I expected to meet."

The younger Vonnegut took exception to that, and after io9 published a story about the book and it's portrayal of the author, he sent them an e-mail disputing it--and he doesn't mince words. You can read the whole e-mail at this link, but here's the most pointed bit:

Shields had to ignore most of what I and other people who knew Kurt and most of what he read in the letters to come up with these shocking truths [emphasis his] about a beloved writer.

He also insists his father didn't own any Dow stock.

I've read interviews with Vonnegut where he's come off as weary, frustrated, and angry. He was so disillusioned with the war in Iraq that he said he wished Nixon were still president, in lieu of Bush. Nixon!

I don't know. I wasn't there. Vonnegut, to my mind, was brilliant, and most people who are brilliant are troubled. He didn't write Slaughterhouse-Five because of how happy he was with the world around him.

Then again, the truth hurts.

Regardless, this is why I don't read biographies. I can learn more about the man by reading his books.

I always get a sense of bitterness from Vonnegut's work. I'm not a big fan of his, but that aspect of subtle bitterness is one of the things I do enjoy about his writing. So I'm surprised this isn't a popular opinion.

I've read 22 books, essay collections, and short story collections by KV and my impression from them was that towards the end he may have been disillusioned by Bush and the way the US was going, but he seemed to have great pride in his work and in his art projects that he had started (although I wasn't a big fan of his drawings outside Breakfast of Champions). He did attempt suicide so he obviously suffered to some extent from depression. He often wrote about his pride in his children, both legitimate and adopted s. I get the feeling that like any bio this one is probably exagerrated, but it is also likely true that by the age of 84 Vonnegut may have been a little bitter and this is when the biographer got to know him outside of his work apparently.

Yes, who pays attention to bios? The truth about him comes out in his writing. He witnessed war and destruction and found his own way to come back to the world and talk about the imperfections of humans with humor and yes, some bitterness. What exactly do people ask of a writer like him? To have his own talk show on tv and to give daily readings to kids at Barnes and Noble? He had the right to be who he was and the vultures gathering after his death better not make a lot of money selling their books.

I once inherited a hero from my father's. His name was Bouwdewijn Büch, a writer and tv-host. I loved everything he did. Then I read this biography on his life. They called him a liar and what have you.

It ruined the whole Büch-experience for me. Since that day, I haven't read any biographies anymore.

This biographer is so off target with what he is saying. I absolutely agree with Kurt's son Mark. I too saw Kurt a few months before his death and he was nothing as this man describes. I can only conclude that Kurt did not like the man... In fact, I wrote an article about meeting with Kurt for a Californian paper and here it is below.