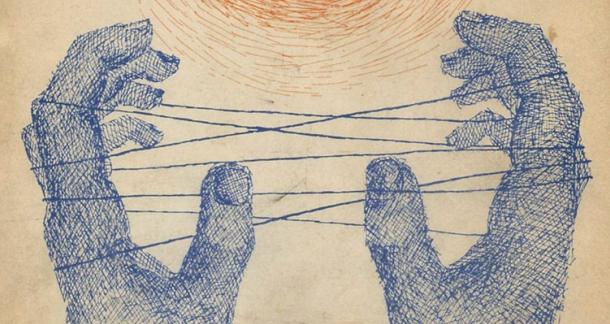 It seems like every day a new television adaptation is announced, from Palahniuk to Pullman. Now one of Kurt Vonnegut’s most famous works can be added to the list of upcoming shows, reports ComingSoon.net.

Vonnegut’s novel Cat’s Cradle will be transformed into an FX limited series. Noah Hawley—known for his current FX series Fargo and development of the future FOX series Legion—will act as writer and producer, while Brad Yonover and Sandi Love are signed on as co-executive producers.

For those who haven’t read Vonnegut’s Cat’s Cradle, you should definitely consider picking a copy up prior to watching the small screen adaptation. The Amazon synopsis sums the plot up better than I can articulate:

Cat’s Cradle is Kurt Vonnegut’s satirical commentary on modern man and his madness. An apocalyptic tale of this planet’s ultimate fate, it features a midget as the protagonist, a complete, original theology created by a calypso singer, and a vision of the future that is at once blackly fatalistic and hilariously funny. A book that left an indelible mark on an entire generation of readers, Cat’s Cradle is one of the twentieth century’s most important works—and Vonnegut at his very best.

What other Vonnegut works would you like to see adapted into film or television shows?