Kingpin Getting His Own Series 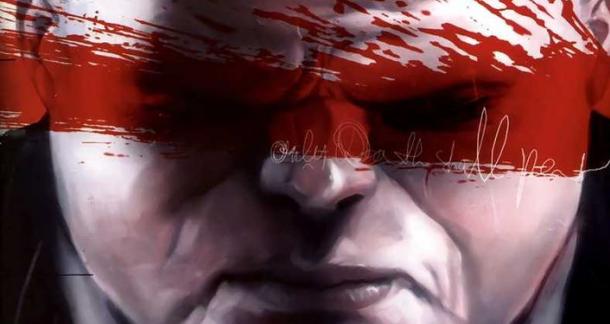 If you haven't been getting enough Kingpin from Netflix's Daredevil or Marvel Comics, in general, or from the life-size poster hung up in my living room (no?), then we have good news for you.

Kingpin is getting his own miniseries starting in July.

Civil War II: Kingpin is a miniseries focused on the rotund rascal's wheelings and dealings while the heroes of the Marvel U are off punching each other in the face.

A lot of this book is about what the mice get up to when the cats are at war with each other. So it is very villain-heavy, but of course some good guys are going to be sniffing around Fisk. There are certain characters in the Marvel universe who aren’t going to let people like Fisk runaround unchecked, even with everything else going on.

Mine runs towards a swift billy club to the face before too long.

If they can make the villains sympathetic and trying to do their version of right in the very worst ways, then okay. The heroes can foil the major plots, to keep it lively. But if I only want to see them fail, and we know we do because they are villains, then it will be a short lived venture.

And who the hell do you cast for Kingpin that can be larger than life AND likeable?

I would hope that the Vincent D'Onofrio would reprise the role as Fisk. I thought he did an amazing job playing a likable and complicated villian in the Netflix series. Plus, bringing in another actor for the mini-series would break the continuity of the show should his character resurface in Daredevil.

By series, they mean comic book series, not television. It could be a cool comic event, though.

I just wanted to write to say thanks a bunch for the gift! burun estetiği