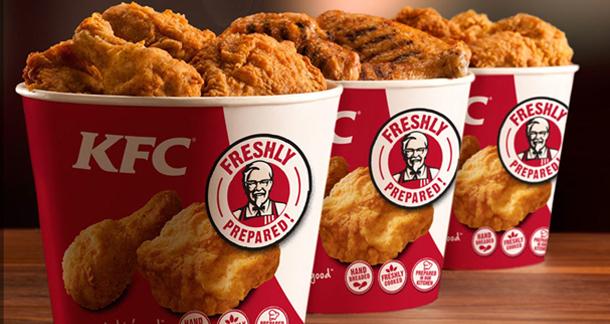 Do you enjoy greasy chicken? What about iconic old colonels riding atop horses? If you answered yes to both of these questions then, man, have I got the comic book for you!

Kentucky Fried Chicken (otherwise known under the famous acronym KFC) will be releasing a comic book centered around the fast food joint’s timeless mascot, Colonel Sanders, reports FoodBeast. The graphic novel will be entitled The Colonel’s Adventure Comics, and will make its first appearance at the San Diego Comic Con convention.

“If you love comics and fried chicken and subliminal marketing, then you’ll love this exclusive #SDCC comic about me!” KFC recently tweeted. The announcement came along with a cover image of the upcoming comic, which showcases Colonel Sanders looking fly atop a bucking stallion. See for yourself below. Will you be reading the chicken empire’s comic anytime soon?

Colonel Sanders is a too often overlooked icon. I see the potential for great adventure. Just how did a little man in glasses and a goatee get the world hooked on fried chicken? Murakami used the good Colonel as a symbol of capitalism in Kafka On The Shore. Done right, this comic might be interesting.

Weird. But I suppose Ronald McDonald gets his own comics from time to time, so why not the long-dead colonel? Or how about a gritty graphic novel exploring the cutthroat business practices of Ray Kroc, who opened the first McDonald's franchise right across the street from the original and forced them out of business. Classy dude.

How about Harlan Sanders versus Ray Kroc? An epic battle for the fried food market!