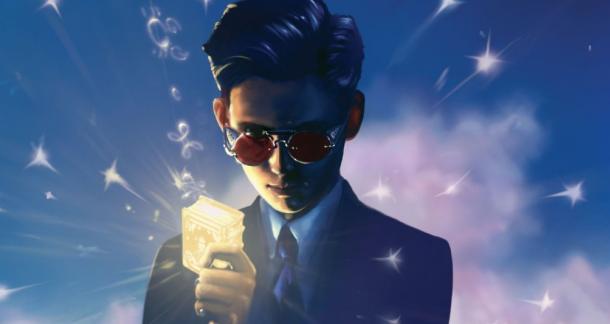 Artemis Fowl fans have been waiting a long time to hear these words: Eoin Colfer’s hit book series will finally be adapted into a feature film! What’s more, Kenneth Branagh is set to direct the movie, reports Nerdist.

Artemis Fowl—an eight book series first published in 2001—has had a complicated track record with the film industry. After many failed attempts to bring Colfer’s sci-fi fantasy hit to life, the story may finally be getting the reimagining it deserves.

With Branagh at the helm, his previous experience lends itself to a promising adaptation. Some of his works include the live-action version of Cinderella and Thor, not to mention that one time he stepped in front of the camera to play the bumbling, arrogant adventurer Gilderoy Lockhart in Harry Potter and the Chamber of Secrets.

Artemis Fowl, which the author has described as “Die Hard meets fairies,” follows a teenage, criminal genius who kidnaps and ransoms a fairy for gold. Here’s hoping the success of the film adaptation is grand, and that the big screen eventually picks up the complete series!