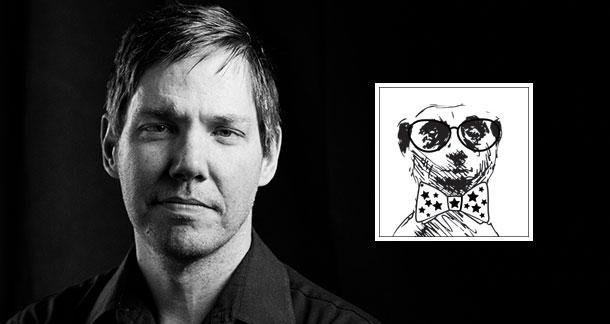 Tricia Reeks, publisher at Meerkat Press, has announced the acquisition of North American English language rights to Keith Rosson’s story collection, Folk Songs for Trauma Surgeons, which will be released in early 2021.

The stories in Folk Songs for Trauma Surgeons delve into notions of family, grief, identity, loss, and hope, with the merging of literary fiction and magical realism that Rosson has explored in his previous novels. In “Dunsmuir,” a newly sober husband buys a hearse to help his wife spread her sister’s ashes, while “The Lesser Horsemen” illustrates what happens when God instructs the Four Horsemen of the Apocalypse to go on a team-building cruise as a way of boosting their frayed morale. In “Hospitality,” a series of interlinking and brutal events unfold at a fading roadside motel, and in “High Tide,” a grieving man ruminates on his brother’s life as a monster terrorizes their coastal town. With grace, imagination, and a brazen gallows humor, Folk Songs for Trauma Surgeons merges the fantastic and the everyday, and will include a number of Rosson’s previously published stories as well as unreleased work.

“Keith’s first submission to Meerkat was his short fiction. It blew me away, and I literally begged him to send a novel, which turned out to be his debut novel, The Mercy of the Tide. We're delighted that three books later, we’ve gone full circle with the acquisition of his debut short fiction collection,” said Reeks.

“I’m incredibly excited about the release of Folk Songs,” said Rosson. “Probably even more than writing novels, the short story has been a tremendous gift to me. I love the challenge in writing them, I love reading them. Publishing a story collection has been a dream of mine for a very long time, and I’m thrilled to work with Meerkat Press again, who clearly cares so much and works so hard for their authors and the books they publish.”

Keith Rosson is the author of the novels Smoke City, an IPPY Silver Medalist for Fantasy and a Silver IBPA Benjamin Franklin Award Winner, and The Mercy of the Tide, which was on the preliminary ballot for the Bram Stoker Award and optioned for film by an executive producer of Game of Thrones. His novel Road Seven will be released in 2020. His short fiction has appeared in Cream City Review, PANK, December, Outlook Springs, Redivider, and more, and has been short- or longlisted for the Birdwhistle Prize for Short Fiction and the New American Fiction Prize. He lives in Portland, Oregon.

Meerkat Press is an Atlanta-based independent press committed to publishing irresistible, unforgettable prose and poetry, ranging from literary to genre fiction. Visit them online at www.meerkatpress.com.

Before a company expands into a foreign market, it needs to know the possible profits and risks of such actions. This is the main purpose of the Internationalisation Audit - to provide an extensive and throughout analysis of your business in order to understand, how it may benefit from entering foreign markets. https://www.baltic-legal.com/offshores-company-united-kingdom-eng.htm