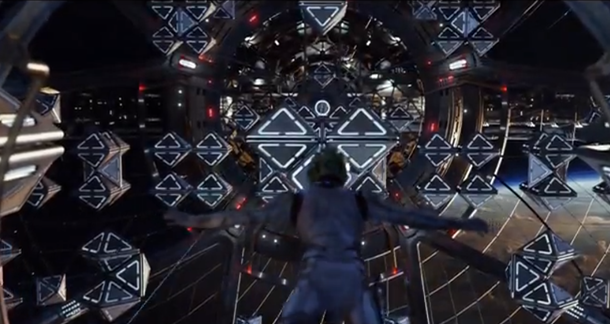 Just when you thought Orson Scott Card had faded from the news for a while, he’s back again. It’s the trailer for the adaptation of his 1985 book Ender’s Game — a first chance to see what it looks like.

Summit Entertainment’s highly anticipated movie starring people like Harrison Ford and Ben Kinglsey, as well as Asa Butterfield (Hugo) and Hilaee Steinfeld (True Grit), isn’t out until November, so if you’re already getting excited, I guess you’ll have to make do with this glimpse.

Hey it looks good, and if Lionsgate’s past successes are anything to go by (they own Summit and are responsible for The Hunger Games and the Twilight movies), this is likely to be another box office success. Have a look and see what you think — and by all means let us know!

I'm excited. They had me sold on it at Harrison Ford.

Did I catch a glimpse of a gender-flipped Bean???