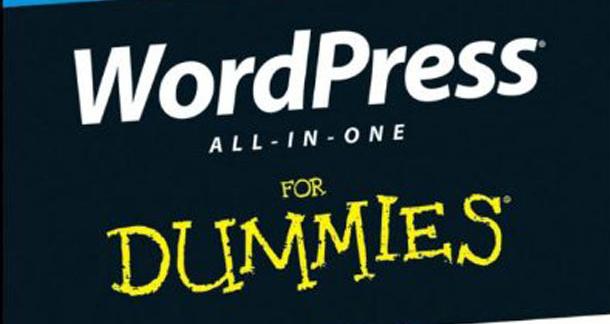 A federal judge has issued a rare default judgment against Robert Carpenter from Poughkeepsie, N.Y., for illegally sharing a copy of WordPress All-in-One For Dummies on BitTorrent. Carpenter is guilty of both copyright and trademark infringement, and is on the hook for $7,000 to the publisher, John Wiley & Sons.

Though it's far less than the allowed maximum statutory damages of $150,000 the publisher requested.

John Wiley & Sons recently became the first publisher to go after BitTorrent users in the United States, and has filed more than a dozen mass lawsuits involving hundreds of pirates. Their goal is to obtain details on people illegally sharing their books and offer them an opportunity for a private settlement--but they're clearly not afraid of taking these disputes to court.

Thus far Wiley has enjoyed a relatively easy ride in court. In several cases the New York federal court has allowed the book publisher to subpoena Internet providers for the personal details of account holders.

This means that aside from the $7,000 in damages from Carpenter, the book publisher may have raked in more than a million dollars though private settlements. Private settlements are usually around $3,000 per person, which quickly adds up with hundreds of defendants.

I'm totally with John Wiley & Sons on this. Pirating is illegal (I'm constantly amazed by the bullshit excuses people come up with to justify it) and the publisher has every right to protect its interests.

So, publishers fighting back. What do you think?

can't wait for the first publisher to sue a library.

Class Director
Rob from New York City is reading at a fast enough pace it would be cumbersome to update this July 5, 2012 - 10:55am

Why would a publisher sue a library? Libraries purchase the books and DVDs that are lent out.

library users aren't paying royalties to the authors of the works they "borrow" nly a matter of time before library patrons will have to start paying for the right to read the books they borrow.

Class Director
Rob from New York City is reading at a fast enough pace it would be cumbersome to update this July 5, 2012 - 11:40am

Not at all the same process. Libraries buy books through retailers like Baker & Taylor and Ingram, with specially-designed programs, for the express purpose of lending them out (and they get some books through donations, but they buy a lot of the material).

Pirates are stealing books. Them paying for it doesn't give them the right to distribute it. In fact, there are laws against that. Hence the lawsuit. I'm not sure you understand how things like libraries or pirating or money actually work...

I've never understood why some guy would upload a book he purchased just so people could swipe it.  Some of the fines in such cases are excessive in my opinion, but there really isn't any general excuse for electronically disseminating someone else's book without permission.

It's not the same as lending a paper book to someone, because there are potentially limitless digital copies being made rather than each single instance of the book being in one person's possession at a time.

piracy is a crime of the high seas last I checked. I've read enough reports that lowering the price of CDs, DVDs, Books, etc... lowers the incidence of unapproved online distribution.

I know how money works, but I'm not a big fan of it.

I agree "piracy" isn't the best term; it's "infringement" or violation of rights.

A Turkish jet fighter was shot down the other day for "infringing."

sure, because John Wiley & Sons had to lay people off, cut salaries and benefits and cut back on their operations because of infringement.

I find it hard to care.

Also, I donated most of my books & graphic novels to the library - I love libraries - my original comment was tongue in cheek (but I don't know which emoticon is most tongue-in-cheeky), but as for large, profitable companies playing the victim over this kind of thing, I couldn't care less.

I find it hard to care.

Speaking of libraries...there goes anyone's "good" excuse for pirating books. You can get them at the library if you're broke. If your library doesn't have it, they will find it for you and borrow it from another library. Pretty simple.

We're writers and readers here, that means we value the written word, right? Saying it is no big deal to pirate it because the publisher has enough money may feel like a high and mighty thing to say, but in reality, if the publisher's profit margins slump, they pay fewer writers. We see this happening already. I can't really justify pirating books while calling myself a writer.

Class Director
Rob from New York City is reading at a fast enough pace it would be cumbersome to update this July 6, 2012 - 9:02am

Thanks for weighing in, Sparrow. It's an important point. I don't understand how anyone who's creatively inclined would pirate anything.

'Sticking it to big business' is fiction created by people to justify stealing. It supposes that companies like publishers are taking baths in money and we're showing them who's boss. It's a shockingly naive and stupid attitude.

the publisher decides what to pay the author - you can lay the blame anywhere  else you like, but it's ultimately a contract between them.

And I don't steal books. I don't use e-readers.

And it's more an issue that they aren't making enough money, which is a fundamental problem in and of itself.

I"m not defending people who infringe on copyright, but nor do I particular care if they do. It's what people do, and to have a business model that doesn't take that into account is naive. It is also pointless to spend legal fees on this kind of litigation when one could be spending that money on promoting new authors.