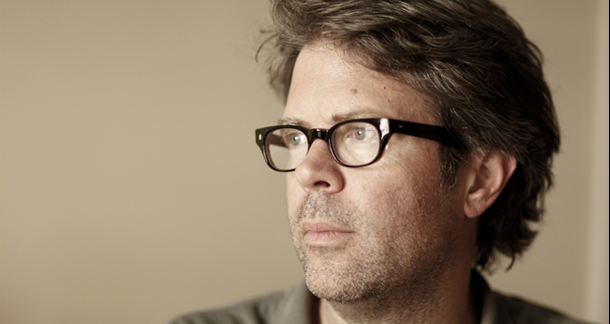 Jonathan Franzen’s a hater: the more he opens his mouth the more bile and venom spews out. The author of The Corrections and Freedom said recently in an interview with Scratch that “the Internet should be really strictly regulated, the way the airwaves used to be”. Really? And who’s going to do that, Mr Franzen?

It’s not like I’m militantly opposed to discursive interactive communication. It’s fine, it’s great. But there’s a tipping point you reach where you can’t get away from the electronic community, where you become almost physically dependent on it. And that, I persist in thinking, is not compatible with my notion of where terrific literature comes from… I think the model of the new technology is addiction. You’re sort of asking, “You can’t quit cigarettes, or you just don’t want to?”

Okay, right. This then, begs the question as to whether Franzen is a bit of a dinosaur and it seems the answer is 'yes'. He would really like to turn the clock back to the days when journalists got paid properly and everyone consumed their news via the medium of paper. That’s a) a bit anachronistic and b) smacks of being old before his time. He’s a journalist as well as a novelist, so it’s no big surprise he’s got sympathies with the trade.

I have many reasons to resent this new electronic world, and one of the big ones is that the people whose job it is to report responsibly are getting kicked out of work, downsized, reduced to half time, having their pay slashed, by this bloodsucking monster squid of the Internet. All these blogs—they all need information. Where’s the information coming from? Who is paying for the information? The Silicon Valley visionaries say, “Oh, well, we’ll crowdsource it.” Yeah, give me a fucking break. As if you therefore don’t need people whose job it is to have a beat, to work contacts for years, to understand a subject thoroughly, to put things in context, to be able to distinguish meaningful information from nonsense… it’s just not doable. And nobody is talking about what happens when the Internet kills journalism.

“Bloodsucking monster squid of the Internet”. That’s classic. Franzen also says he feels closer, in terms of his work, to literary authors like Kafka and Charlotte Bronte, again, harking back to an age that was sans internet. It’s interesting to see someone whose life is so much in the media — digital as well as traditional — kicking against the pricks of modernity. Should we care about his opinion when he obviously would rather be living in some kind of idealised pre-internet world without the benefits of technology? Or is it time for him to just shut the hell up? Besides which, he’s not going to see this anyway…

You can read the full interview here.

Obviously his desires are over the top, but he's right in the statement that bloggers are not dedicated to the whole truth. Blogging is largely reactionary and opinionated. Long on entertainment, but short on actual facts. That is of course a generalization, there are exceptions I'm sure, but it holds true for the majority of the voices out there.

That being said, there is precious little context and truth being discussed now, in print or otherwise. Sensationalism rules the day, regardless of forum. I think it has little to do with the internet and more to do with a lack of nationwide attention span.

The same "end of the world" crying was heard regarding TV back in the day, and is still being touted in certain circles today. New technology is always the bugbear. This too, shall pass.

Ryan Hartman from Philadelphia is reading The Neverending Story by Michael Ende October 25, 2013 - 7:22am

These arguments like "people don't connect anymore" and stuff like that are crazy. Kids today are more social than ever. THAN EVER. It's just a different kind of "social" but it's an interaction and mode of communication all the same.

Our economy, interactions, everything is dictated by the internet. It's not good or bad, it's just different. And everyone opposed just happens to fear change and just happens to be old. It's not a coincidence. When I'm in my late 60's I'm sure there will be something crazy and new that I'm afraid of and I'll pine for the good old days of 2006 when the internet was young and pure!

Joshua Chaplinsky from New York is reading a lot more during the quarantine October 25, 2013 - 7:43am

Franzen is an overrated blowhard who needs to shut the hell up.

Yes, because before the Internet nobody ever lied to the media or fabricated ANYTHING. We lived in a utopia where we told each other the truth, never hurt anyone and said the nicest things to people.

How I miss those days.

Snark aside, is this the new face of pretentious hipster-ism? "Ugh, you use the Internet, how lame!".

He doesn't say the internet can't work for news; he says journalists should get paid and readers shouldn't expect everything to be free. While returning journalism to a safe, sound, middle-to-upper-middle-class payscale might repair its wounds, to do so would probably require making those news outlets available by subscription or micro-payments, in which case fewer people would read them, meaning fewer people would be 'well-informed'. But if journalists are degraded and their readers don't actually care about the free crap they read, then the number of truly informed people might not be so different.

Hey, Josh--How do you really feel?

I agree with some of what Franzen says. I have to admit his book Freedom, and I wanted to like it so much--but hated it so much I even wrote an article about it on here.

I rarely pay attention to the actual personalities of writers and celebrities--but from what I can tell--Franzen is just as pretentios and misguided as his characters were in his book.

@Gosh, I agree with the prediction of being against the internet. It's not such a stretch. I live in Portland, OR and the Portlandia skit "Dream of the 1890s" is SO true.

I believe in Internet regulation.  You should be killed for writing this post.

A 470-word article and 220 words come from someone else's website? I'd say you just proved Franzen's point, my good man. The internet is a "bloodsucking monster of a squid" and you, Mr. Fetzer, have earned suction-cup status. Congratulations. If that Scratch interview didn't exist for your pilfering pucker, from whence would your content come? Did you properly pay for your access to Scratch's content (or at least give a donation to the fledgling zine) or did you just copy/paste your way to an article that is 48% not your words?

Next time, try writing an article from scratch, rather than one from Scratch. Or at least tag the article IRONIC so we know you're kidding.

I definitly got to side with the whole internet thing. Though I don't think the solution is getting rid of the internet. I'd personally prefer private networking.