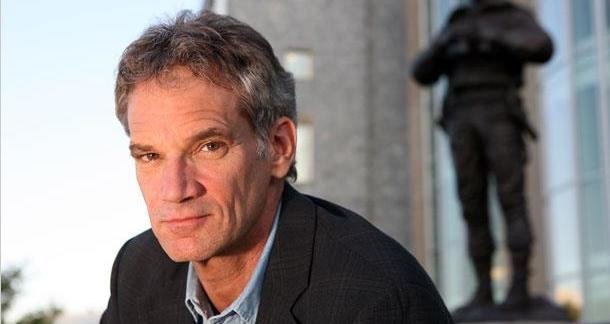 Jon Krakauer, perhaps America's last true muckraker, has been denied access to documents relating to a University of Montana quarterback's rape trial from early 2012. Krakauer plans to use these documents for his latest project, a book that covers, in part, the rape trial of Jordan Johnson.

Johnson was accused of raping an acquaintance in early 2012, and the following year saw further issues brought to the surface. A former Montana Supreme Court Justice conducted an investigation at UM, finding nine different cases of alleged rape or sexual assault involving students during the time between September 2010 and December 2011, at least two of which hadn't been reported. This investigation also resulted in the trial and sentencing of Beau Donaldson, former UM running back, who plead guilty to raping a friend.

Krakauer's recent titles have brought to light the hard truths behind some of our most closely held beliefs. In Under The Banner Of Heaven Krakauer investigated the Mormon religion and shed light on some very disturbing and baffling history. Where Men Win Glory forced readers to question their patriotism as it chronicled the life and death of Pat Tillman, the former NFL star who was killed near the Pakistan border. Most recently, Three Cups of Deceit: How Greg Mortenson, Humanitarian Hero, Lost His Way uncovered how Mortensen, a humanitarian best known for his work with children in Pakistan and his book Three Cups of Tea, fabricated large portions of his story and misused millions of dollars from charity coffers.

Currently, the UM Commissioner of Higher Education is asking that Montana courts block Krakauer's request to view documents discussing how the university overturned its own expulsion decision for Jordan Johnson. The commissioner has made flimsy arguments regarding Krakauer's rights to access documents as a non-resident of Montana.

If Krakauer's publication history is any indicator, the University of Montana had better hope they have nothing to hide.

Holy crap! I haven't read anything by Krakauer since "Into Thin Air"; I had no idea he was a muckraker! That's pretty darn interesting...And UM, it's not gonna fly. Just fess the fuck up. Seriously.

Community Manager
helpfulsnowman from Colorado is reading But What If We're Wrong? by Chuck Klosterman April 16, 2014 - 12:53pm

Agreed. He's done some great stuff. Under The Banner Of Heaven is pretty shocking.