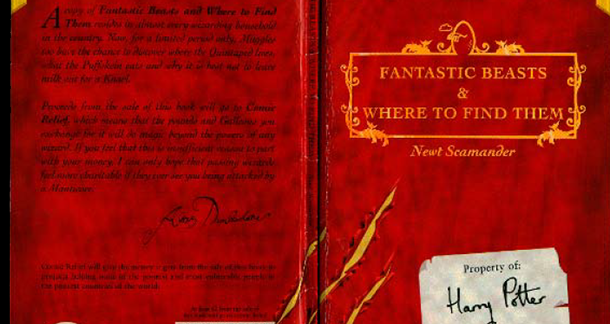 Fresh off the launch of new wizarding world content on Pottermore.com comes news that will further delight fans of the Harry Potter series. It has been announced that J.K. Rowling will create a new trilogy, extending the intriguing wizarding world she has already created. The film trilogy, being planned by Warner Bros., is based off of the 54-page book Fantastic Beasts and Where to Find Them, written by Rowling in 2001 as a textbook for the Hogwarts School.

The spinoff, set seven decades before the Harry Potter stories, will feature a "magizoologist” named Newt Scamander. The films will not feature characters from previously written Harry Potter books, but will explore new ground in the wizarding world. Rowling wrote on her Facebook page, “The laws and customs of the hidden magical society will be familiar to anyone who has read the Harry Potter books or seen the films, but Newt’s story will start in New York, seventy years before Harry’s gets underway.”

No casting decisions or release dates have been announced at this time, although it has been reported by Liberty Voice that Daniel Radcliffe will not be appearing in the films.