J.K. Rowling No Longer A Billionaire, Just An Awesome Person 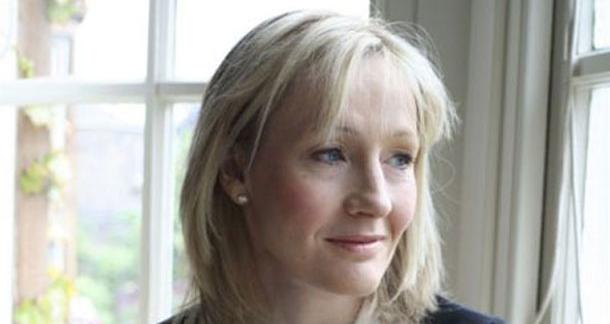 J.K. Rowling was the first female novelist to make the Forbes billionaire list--but she's since been booted from the prestigious lineup.

Between the high tax rate in the United Kingdom and a lot of charitable giving, she's not a billionaire anymore.

Rowling, who has a mysterious new non-Potter novel coming this summer, was once a single mother on welfare, and it seems she hasn't forgotten her roots. She's been a frequent--and apparently, heavy--contributor to One Parent Families. She also founded her own charity, Lumos, which helps children in Eastern Europe.

“You have a moral responsibility when you’ve been given far more than you need, to do wise things with it and give intelligently," Rowling said.

Good for her. If more billionaires/ millionaires had a likewise mindset a lot of good could be done

Chester Pane from Portland, Oregon is reading The Brief and Wondrous Life of Oscar Wao by Junot Diaz March 15, 2012 - 2:37pm

That is so cool.

Dwayne from Cincinnati, Ohio (suburbs) is reading books that rotate to often to keep this updated March 15, 2012 - 3:04pm

I can even understand the desire to be a billionaire, but why would anyone want to be a multibillionaire? What are they saving up for a space shuttle?

She's a billionaire... in my heart.

Love the quote also. Great mindset, not a money hoarder.

She also said "How can I take so much money off childen and not use it to better the life of children." She is a sorted woman. I also love the fact she has remained a resident of England, Rather than becomming a resident of some tax haven like monaco, while living in England for 350 days and selling / working here. Says a lot about the integrity of a person to understand, while paying tax is painful, some of it does go to schools, hospitals and the such.