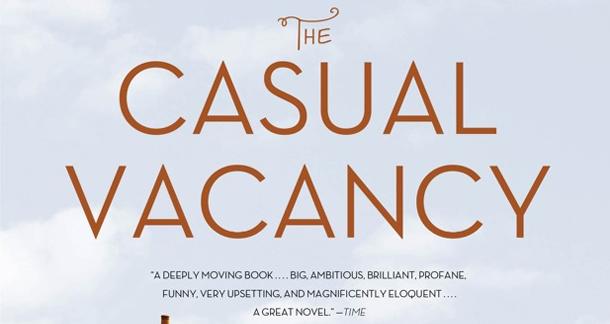 The Casual Vacancy, J.K. Rowling’s first novel targeted at an adult market, has been adapted for the small screen in the form of a three part miniseries by HBO and BBC, reports The Washington Post.

Fans of the book, beware: a statement has already been made that the television version takes many creative liberties, including a complete alteration of the ending. If you tune in, you may recognize the starring talent, Michael Gambon, from his role as Albus Dumbledore in a majority of the Harry Potter films.

The original plotline of The Casual Vacancy revolves around the town of Pagford, where residents are shaken when parish councilor Barry Fairbrother dies suddenly. The scandal becomes a catalyst that leads to the community’s unraveling as secrets and lies come to light.

Though the novel was an instant bestseller, its original release was met with mediocre reviews. This hasn’t made J.K. any less enthusiastic about the television adaptation, though. Earlier this year the famous author tweeted, “To all asking whether I’ve seen the @BBC adaptation of #TheCasualVacancy, the answer is yes and I’m thrilled with it!”

The Casual Vacancy miniseries will premier in the United States on April 29th. The first two episodes will air at eight and nine p.m. that Wednesday, and the following night will feature the final episode at eight p.m.