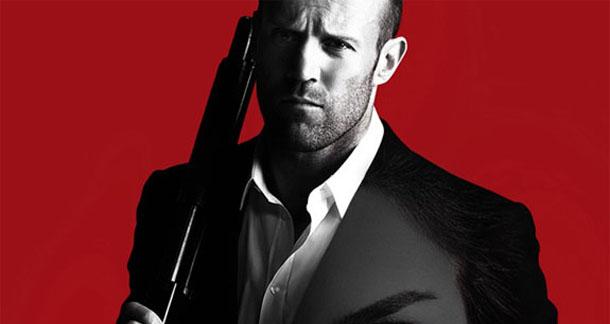 Hey look, a movie where Jason Statham punches people. Must be Thursday!

I know this looks to be par for the course, but I'm actually interested in Statham's latest action flick, Parker. It's based on the character of the same name, created by Donald Westlake under the pseudonym Richard Stark. Parker was a hardboiled criminal who adhered to a strict moral code (he wouldn't harm or steal from innocent people), and was featured in 24 novels by Westlake.

The character has appeared on film twice before--in the 1967 film Point Blank with Lee Marvin, and in the 1999 Mel Gibson movie Payback. The character was renamed for both films (Walker and Porter, respectively). Both movies were adaptations of the first Parker novel, The Hunter. This one looks to follow the same story--Parker is left for dead by his criminal colleagues and seeks revenge.

I haven't read any of the Parker novels, but I have read Westlake's novels featuring John Dortmunder, another career criminal character. The Dortmunder books are more comedic, and apparently the opposite of the Stark/Parker books, but they're still great--funny and witty and fast-moving. The Hot Rock is easily one of my favorite books.

Plus, I have a soft spot in my heart for Statham. I can't help it. I just like the guy.

What do you think? Familiar with Westlake's work? Does that make you interested in seeing this movie?

R.Moon from The City of Champions is reading The Last Thing He Wanted by Joan Didion; Story Structure Architect by Victoria Lynn Schimdt PH.D; Creating Characters by the editors of Writer's Digest October 4, 2012 - 3:32pm

Love the Parker books. I'm actually a bigger fan of Stark than Westlake. I did not know about this. Excited to see it. And, I also have a soft spot for Statham. Surprisingly enough, the new Alex Cross movie doesn't look bad.

They should do one where they robbed the football stadium that was great!

Love the Parker books. As far as Dortmunder, I've only read The Hot Rock. Didn't like it because I expected it to be hilarious and didn't find it funny at all. Probably would have been into it if I had read it excepting a lot of fun but with no high hopes for the comedy.

Drew Carr from Pennsyltucky is reading Unholy Night by Seth Graham-Smith October 8, 2012 - 11:35am

I have read seven of the Parker novels. All very good in their own respects, but The Hunter is by far my favorite.

Didn't know about this. I liked the prior adaptations listed in the article, but I think Statham will give it more of a punch then Gibson, and Marvin's protrayl seemed right on to me.

Who knows, maybe this will surprise.