James Takes On William: Franco To Direct 'As I Lay Dying' 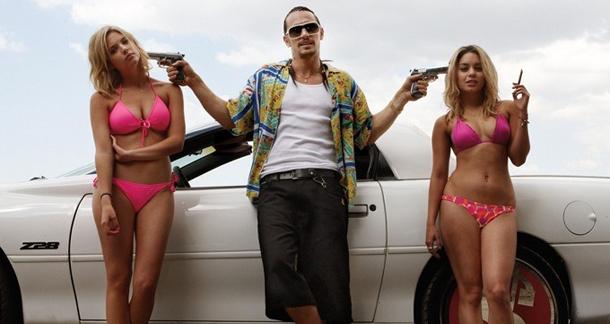 Armed with an NYU film degree and fresh off his literature studies at Yale, James Franco seems ready to direct an adaption of As I Lay Dying, William Faulkner's dense, award-winning tour de force.

His book employs over a dozen different narrators to recount the death and burial of Abbie Bundren, the matriarch of a lower-class Southern family. The novel’s unconventional structure and stream-of-consciousness writing means it'll be tough to translate to the silver screen—but Franco seems very aware of the challenge. Franco told the online magazine /Film: "I want to be loyal to the book—my approach is to always be loyal in a lot a ways—but in order to be loyal I will have to change some things for the movie."

Nobody really seems sure how the hell Franco is gonna pull this off, but so far, Danny McBride of Eastbound and Down, Tim Blake Nelson of O Brother, Where Art Thou? and Ahna O'Reilly of The Help have all signed on. Sources indicate that they will begin shooting in Mississippi this October.

Do you think he has what it takes? Who would be the ideal director for this material?

Joshua Chaplinsky from New York is reading a lot more during the quarantine August 28, 2012 - 9:04am

I have a love/hate relationship with Franco. Love him for Spring Breakers and wanting to remake William Friedkin's Cruising, hate him for literary pretension and wanting to adapt unadaptable novels by Erickson, McCarthy, and Faulkner.

Huge fan of Faulkner and I like Franco, but I can't see this being good. I can't see Danny McBride acting serious in any movies after his role in Eastbound and Down. I will probably see it though. Definitely an interesting passion project.

If he wants to tackle it, fine, but I don't think it will make a good film. Multiple POVs can be done in voice over, I guess. When I was in film school they always told us to stay away from voice over as much as possible, because it can come off as contrived or silly.

My mother is a fish!

James Franco and Danny McBride... So it'll be a stoner movie then.

No, Franco, this is just too much.  On a side note, I heard he wanted to do this a long time ago, along with Blood Meridian.  Good grief, that would make a horrible movie in anyone's hands.