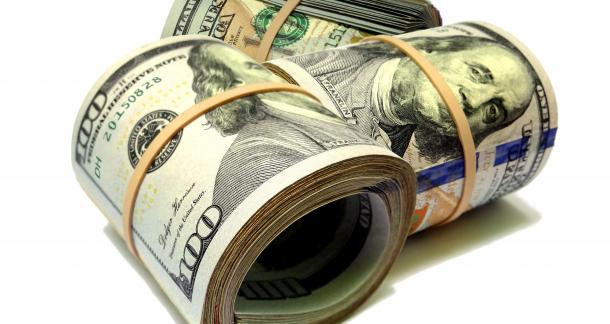 When you page through a slideshow of this year's richest celebrities, you have certain expectations. Taylor Swift? Duh. One Direction? If you've got a collection of haircuts like that, you're either flat broke or rich as hell.

What you might not expect is to find an author on the list. Pretty high up, in fact.

Between June of 2015 and now, James Patterson has pulled in a reported $95 million, putting him in the third place slot behind both the aforementioned Taylor Swift and the sentient collection of haircuts commonly referred to as One Direction.

The way Patterson operates isn't a big secret. He cranks out something like a dozen titles a year and adapts a lot of stuff to the screen. He's also a rarity in the world of books in that he's an author who knows a lot about business and marketing, and he isn't shy about pimping his work.

Just below Patterson is Dr. Phil with $88 million, and the rest of the top 10 celebrity earners include some soccer players, Adele, Kevin Hart, and Howard Stern.

Who read a Patterson title last year and put a couple bucks in the man's pocket? Someone did. Sound off. Which title? How was it?

Joshua Chaplinsky from New York is reading a lot more during the quarantine July 13, 2016 - 9:44am

For a second I read that as "third-world's" richest celebrity.

Have you ever thought about interviewing James Patterson? I’ve read your articles here and ended up on your website / podcast. That would be pretty cool. I think you should try to contact him.

It seems to me that you will be interested in learning about what a crypto loan is, so you need to go to the coinlive website and familiarize yourself with the best platforms for lending cryptocurrencies. Hurry up to quickly find out how to get a loan in cryptocurrency.

many people became rich with cryptocurrencies

so I also decided to use the crypto trading bot https://cindicator.com/stoic . So by growing my crypto investments with Stoic, I got regular rebalancing, well tested hedge fund level strategies, and a secure execution platform.