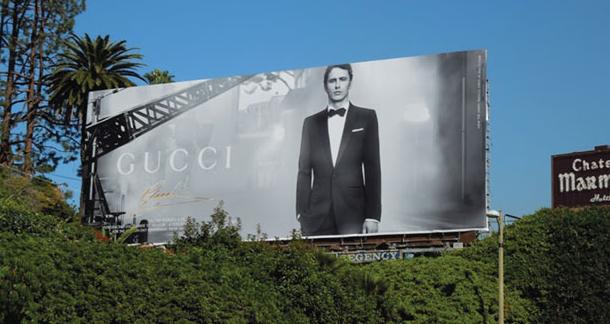 Oh, Franco. I feel ya. I got the Francophilia. A fever for the flavor—of Franco.

But not everyone is feeling the feels, as evidenced by the grumblestorm surrounding young James' latest piece of work. He dropped that dime-piece on Vice not 24 hours ago, a thinly veiled work of "fiction" detailing the allegedly spurned advances of Lilo Lohan. A Roman-Coppola-a-clef, if you will. It's all very sordid and meta and "inside baseball", yet we gobble it up, like Franco purportedly gobbles cocks, an insinuation he neither confirms nor denies, to further enhance his mystique.

There was a Hollywood girl staying at Chateau Marmont. She had gotten a key to my room from the manager. I heard her put the key into my front door and turn it, but I had slid the dead bolt and that thing—I don’t know what you call it; it’s like a chain but made of two bars—that kept the door from opening.

Across the room was a picture of a boy dressed as a sailor with a red sailor cap, and except for his blondish hair (closer to my brother’s color) he looked like me.

She said, “Open the door, you bookworm punk blogger faggot.”

James Franco's crime is not merely that he is a bad writer, but he is a bad writer who has had the benefit of tutelage at many of this country's serious literary and intellectual institutions. When he writes badly he is writing informedly badly. He uses recognizable techniques and then warps them into idiocy in the application.

I'm not really inclined to take seriously the literary opinion of someone who writes a sentence like: When he writes badly he is writing informedly badly, so I'll just say this: You don't out Franco Franco by proving yourself a more competent wordsmith than he. That would be falling into his trap. His snuggly, strong-armed trap. But I digress! Franco is an anomaly, one which should incite you to your own creative heights of vainglorious navel gazing. Don't fight, ignite! It's what Uncle James would want.

What do you think of Franco's latest? His work in general? Sound off in the comments, but remember—keep it classy, like James in a Gucci tux.

Class Director
Rob from New York City is reading at a fast enough pace it would be cumbersome to update this June 11, 2014 - 2:36pm

Franco doesn't bother me because it's ridiculous to spend your time worrying about what someone else is doing. That's a sure way to never accomplish anything yourself.

Though, you're right on one thing: He should be judged on his work, not who he is.

Am I missing something that makes the phrase "like Franco gobbles cock" in any way shape or form relevant to the article? I know it's a juvenile joke his crew and he play into, but it seems irrelevant and ultimately unnecessary to play into "isn't being gay hilarious?! It's so funny that he might be gay! Ha ha ha!" Thing.

I'm not sure, if its about him than its sort of a mini-memoir. I have no experience reading those.:/

Ad hominum critiques are worth as much if not less than a pack of chewing gum.

I have neither fever nor furor. I just think the topic is trending more than I would have expected. I haven't heard anyone in person say the words "James Franco" for probably two years. I routinely feel like the WWW is not at all representative of real life.

Dorian Grey from Transexual, Transylvania is reading "East of Eden" by John Steinbeck June 14, 2014 - 1:04am

As an actor, James Franco is fine -- not even fine, but "meh" -- but as a writer, he does bother me a tad. I read a few of the short stories and "Palo Alto" and they were not good. And even the small excerpt from this is groan-inducing.