James Franco Crowdfunding an Adaption of His Book 'Palo Alto' 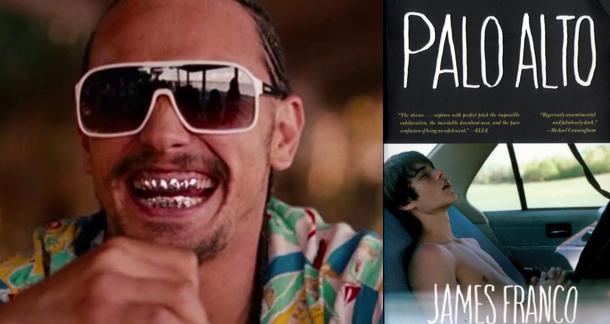 He acts. He writes. He directs. He adapts famous novels. He Indiegogoes. He is the Franco, and he does it all!

Well, it certainly seems like James Franco can do anything. I mean, he really does all those things I listed above, including launching an Indiegogo crowdfunding project to pump money into his latest venture—adapting three feature-length films from his book of short stories, Palo Alto. Franco seeks $500,000 to assist in completion of the films.

The creative-extraordinaire explained his decision to crowdfund on the Indiegogo page:

Finding the funding while still maintaining artistic integrity has been a constant challenge. Because of who I am, people often believe that it is easy to find investors and distributors for my films.  Unfortunately, things aren’t that easy. More times than not, I have put in my own money to produce my films and my student’s films. However, this time it’s different; We need more funding, I will still fund part of it but I need of your help, filming three feature films back-to-back requires more funding than I can give.

Franco's project differs from others in that all profits from these three films will go straight into the coffers of The Art of Elysium, "a non-profit organization that encourages working actors, artists and musicians to voluntarily dedicate their time and talent to children who are battling serious medical conditions."

Franco will not be involved in the adaptations, at least from a directorial standpoint. He's enlisted Nina Ljeti and Vladimir de Fontenay to helm Memoria, based on short stories 'Memoria,' 'Ivan,' and 'The deer.' Bruce Thierry Cheung will direct Killing Animals, based on 'Killing Animals,' 'Halloween,' 'Lockedhead' and 'Camp,' while Gabrielle Demeestere will adapt Yosemite, based on 'Yosemite,' 'Peter Parker' and 'Grand Illusion.' All four filmmakers are friends from NYU film school.

Check out Franco's Indiegogo video below, and let us know what you think in the comments section. It may sound like I'm deriding the guy, but really I'm just poking light fun. I think this is a really cool project with noble aims. What do you think?

I've always like James Franco regardless of how many hats he wears. I've never read his book so I can't speak for the quality of his writing. Still, it sounds like he's giving some aspiring directors a chance to shine and I think it's awesome all the profits are going to such a cool cause.

James Franco is reportedly worth $20 million dollars.  Why the hell is he trying to crowd-source????  I'm not buying his reasoning.  I think this hurts people that are really need crowd-source assistance.

Thank you for choosing the most terrifying picture of him. I realize that is a tough decision, but I think you've nailed it.