James Ellroy's 'Blood's A Rover' Headed To The Silver Screen 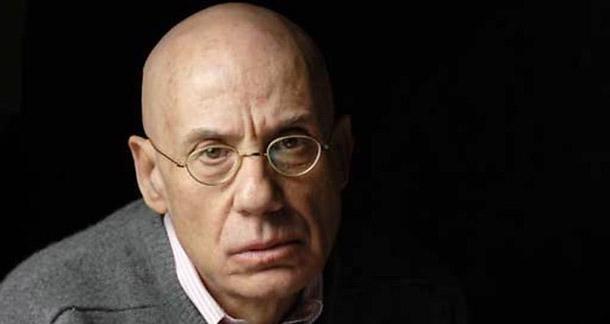 James Ellroy's novel, Blood's a Rover, will be adapted for film. No word yet on directors or actors, but we do know Ellroy will serve as an executive producer on the project.

Set during the troubled times of the late 1960s and early ’70s, the novel tells the story of Joan Rosen Klein who, against all odds, triumphs against her mobbed-up and politically connected foes to avenge her lost loved ones. In the process, she alters the course of history as well as the lives of the three men who follow her: Dwight Holly, J. Edgar Hoover’s pet strong-arm goon; Wayne Tedrow, and ex-cop and heroin runner who is building a mob gambling mecca in the Dominican Republic; and Don Crutchfield, a window-peeping private-eye within tantalizing reach of right-wing assassins, left-wing revolutionaries, and the powermongers of an incendiary era. Their lives collide in pursuit of the “Red Goddess” Joan — and each of them pay a price to live history.

Ellroy said the book, his most recent, "is--not surprisingly--also my best. The story is no less than the psychic inventory of America from 1968 to 1972. I have no doubt that Clark Peterson and Vincent Sieber will fashion a splendid motion picture from this noir epic.”

What a scamp, that guy is. The last Ellroy joint to hit the screen was Rampart. It's not based on a novel, but Ellroy did co-write the script.

So, who's read Blood's a Rover? Is it fit for the screen? Any fantasy casting you want to share?

Drew Carr from Pennsyltucky is reading Unholy Night by Seth Graham-Smith September 17, 2012 - 8:50am

I have read all three books in the Underworld USA trilogy, and while I relish the thought of any of these books coming to the big screen, why start with the final in line?

The books are not necessarily connected in a plot-progression sense, one assassination has nothing or little to do with the next, however they do share some characters throughout. Events in one lead to events in another, and so forth. While not directly connected, such as say, Lord of the Rings or Game of Thrones, these books are a masterful triology.

And Blood's A Rover is really damn good, but in order to see where some of these characters end up, you have to see where they begin, in my opinion. Without some explaination from A cold Six Thousand, Tedrow's background is a little murky and Holly's motivations can't fully be explained.

Personally, I would love to see all three adapted, starting with American Tabloid, which by far is my favorite of the series.

Starting with the last book doesn't make much sense to me, unless they pull some material from the others to flesh out the character backgrounds.

That being said, I am still highly anticipating this adaptation.

Blood's a Rover shouldn't have been in the trilogy, it felt more like a standalone novel. The story that was built up in the first two books unraveled and became something else.