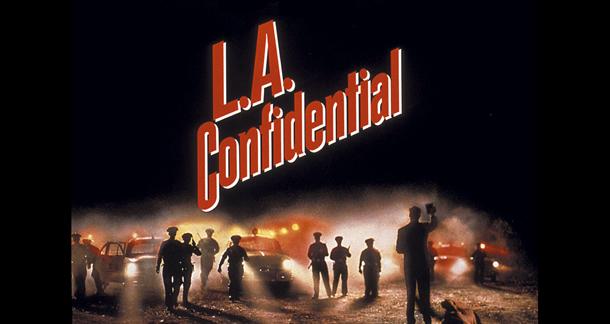 2013 is shaping up to be the year of TV spin-offs from acclaimed movies, Hannibal and Bates Motel  being perhaps the two most notable. Now Deadline Hollywood reports that James Ellroy is shopping around a sequel series to the Oscar-winning 1997 film L.A. Confidential, adapted from his novel of the same name. Nellie Andreeva from Deadline has more:

I’ve learned that Ellroy wrote the project on spec as a TV drama series, which is being pitched to broadcast and cable networks as well as emerging distribution platforms, with multiple outlets interested. I hear the project is eyeing a straight-to-series commitment. The sequel continues the themes and stories from L.A. Confidential, a murder mystery which examined the intersection of organized crime, police corruption, celebrity and tabloid journalism in 1950s Los Angeles.

Ellroy is working with production company New Regency's TV division. Nothing more on this project is set in stone yet, so we'll be sure to keep you updated.

Pretty cool, no? Admittedly, I've yet to see or read L.A. Confidential, but it's been on my radar for some time now. The potential for a continuing and (hopefully) well-made sequel has my interest that much more piqued. Who else is excited to see this?

On The Down Low And Very Hush-Hush: A James Ellroy Primer