James Cameron to Helm Adaptation of Bestselling Thriller ‘The Informationist’ 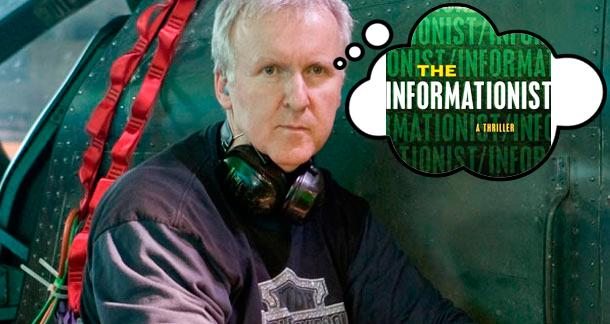 Once Canadian filmmaker James Cameron has put the two planned sequels to his 2009 visual effects extravaganza Avatar to bed, he will direct the big-screen adaptation of Taylor Stevens’ bestselling thriller, The Informationist, according to The Los Angeles Times.

Stevens’ novel follows the adventures of Vanessa Monroe, a savvy researcher hired to travel to Africa in order to find the missing daughter of a Texan oil tycoon. The first of a series of seven planned novels featuring Stevens’ heroine, The Informationist appears to have all the hallmarks of a Hollywood blockbuster.

“This is one of the most cinematic books I’ve ever read,” said Jon Landau, Cameron’s producing partner and long-time collaborator. “And it's got all the classic Jim Cameron elements - a female protagonist who is smart, physically adept and skilled, great action, an unexpected love story.”

The Guardian reports that by optioning the rights to produce the adaptation of Stevens’ thriller, Cameron has apparently forgotten the assertions he made earlier this year, in which he claimed he would likely continue making sequels to his 2009 smash-hit Avatar for the remainder of his career, and that he wasn’t interested in producing other people’s scripts.

Still, with two further installments of the Avatar franchise to come, it’ll be quite some time before the exploits of Vanessa Monroe hit theaters.

Anyone read the novel? Is Cameron the right man for the job?

I know nothing of the book, but I really just sort of hate Cameron at this point. I have no interest in anything he does.

Cameron has a great epic visual scope, but I worry that he would water down whatever literary merit the book may have. Not that any adaption need be super-faithful, but if what makes the book work is a certain depth of character and tone, this needs to go up on screen as well.

Cameron has become Dr. Nick from the Simson's "Hey Luke EvreeBody!" But his genius rests in his ability to create one dimensional 3D characters.