It's Official: Peter Jackson Is Delivering A Hobbit Trilogy 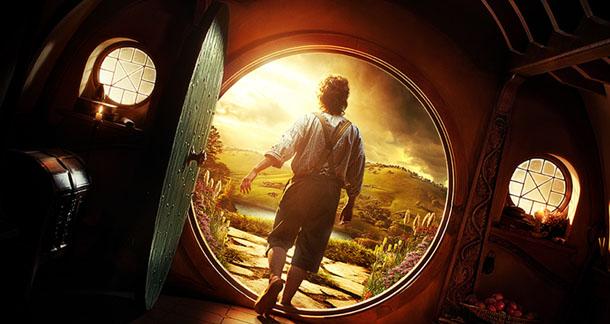 Rumors have been kicking around for a little while on this, but Peter Jackson has finally confirmed that he's delivering three films for his adaptation of The Hobbit, expanding on the original plan for two installments.

Here's how Jackson explained it in a press release:

Upon recently viewing a cut of the first film, and a chunk of the second, Fran Walsh, Philippa Boyens and I were very pleased with the way the story was coming together. We recognized that the richness of the story of The Hobbit, as well as some of the related material in the appendices of The Lord of the Rings, gave rise to a simple question: do we tell more of the tale? And the answer from our perspective as filmmakers and fans was an unreserved ‘yes.’ We know the strength of our cast and of the characters they have brought to life.  We know creatively how compelling and engaging the story can be and—lastly, and most importantly—we know how much of the tale of Bilbo Baggins, the Dwarves of Erebor, the rise of the Necromancer, and the Battle of Dol Guldur would remain untold if we did not fully realize this complex and wonderful adventure. I’m delighted that New Line, MGM and Warner Bros. are equally enthusiastic about bringing fans this expansive tale across three films.

There's been talk of a bridge film between the Hobbit films and The Lord of the Rings trilogy, and there's also been talk of Jackson drawing on JRR Tolkien's appendices, which refer to further adventures of the characters, but questions currently abound on how exactly this is going to shake out: Are they shooting more material with the cast of The Hobbit? Are we getting Aragorn and his crew back? What's the deal?

The only thing we know for sure is it won't draw on The Silmarillion, which the Tolkien estate won't sell the rights to.

I'm split on this. The Lord of the Rings trilogy is a grand cinematic achievement, but Jackson doesn't have a great track record post-Rings. Then again, that trailer for The Hobbit is pretty sweet.

I just hope they aren't forcing this--it's getting trendy to split films in the name of higher paydays (see: Harry Potter and the Deathly Hallows, the final Twilight film(s), the upcoming adaptations for The Hunger Games).

What do you think? Excited? Have reservations? Tell us!

The Hobbit was always such a cozy story to me as a kid. Heck, it was my favorite. I found Bilbo incredibly easy to identify with. I loved that he was often afraid, but did things anyway.

I think that cutting the story into three movies and padding it out with extra material could really kill the feel of the original. I prefer The Hobbit over Lord of the Rings because it does not have all that extra world-building. It's a straightforward adventure.

My problem with the Rankin/Bass adaptation was always the exclusion of Beorn, but otherwise I thought it preserved the feeling I had from reading the book as a child. (Okay, a lot of people seem turned off by the songs. I'm not one of them. It's my no-longer-secret shame.)

What I'm getting at is that if Rankin/Bass can tell the story (albeit kind of rushed at times) in 77 minutes, why should it be so impossible to get it done in, say, a 3-hour movie?

I agree. I would prefer the entire thing as one movie, but when it was two movies, I was willing to give it a chance. But I just can't imagine what sort of "stretching" he has done to make The Hobbit into three movies, other than just making things up. That worked okay (for some viewers) in Lord of the Rings because those books could just as easily have been six movies and cuts had to be made, but The Hobbit doesn't separate into parts very easily and the idea that one could somehow "add" to the material anything of value that isn't already there is... bothersome.