Isabel Allende Rips On Mystery Novels In Promoting Her Own 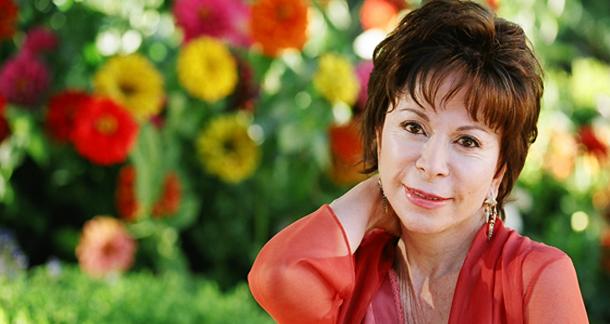 There's something about the mystery genre that makes it almost stereotypically bookish. Even I'm not entirely sure what that means, but let me put it this way: If you really like fantasy, then you probably expand that love to Dungeons and Dragons and Magic: The Gathering. If you like science fiction, you're probably also a Star Wars or Star Trek fan. Most genres can expand outside of the bookstore, but if you like mysteries, then there's really not much information I can guess about you. You could be anybody. It's a mystery.

Anyway, the point is that mystery is a very big, very old genre in literature with a wide and mysterious fanbase, so perhaps it sounds strange to hear someone criticize every mystery novel in existence. Then comes Isabel Allende, an award-winning Chilean author known for her novel The House of the Spirits. Though she was famous for magical realism, her latest novel Ripper is a mystery, which she promoted during an interview with NPR in a rather strange fashion.

The book is tongue in cheek. It's very ironic ... and I'm not a fan of mysteries, so to prepare for this experience of writing a mystery I started reading the most successful ones in the market in 2012. ... And I realized I cannot write that kind of book. It's too gruesome, too violent, too dark; there's no redemption there. And the characters are just awful. Bad people. Very entertaining, but really bad people. So I thought, I will take the genre, write a mystery that is faithful to the formula and to what the readers expect, but it is a joke. My sleuth will not be this handsome detective or journalist or policeman or whatever. It will be a young, 16-year-old nerd. My female protagonist will not be this promiscuous, beautiful, dark-haired, thin lady. It will be a plump, blond, healer, and so forth.

Yes, essentially she called her book a parody of the entire mystery genre by not adhering to what she thinks were rigid characters and plots. Many fans of the genre felt like she was being a bit patronizing with her comments, and at least one store owner even returned all copies of Ripper to Harper Collins. The backlash resulted in Allende apologizing on Friday, though not everyone is buying it.

I'd ask you what you think, but be careful what you say. Allende had this to say about her research for Ripper:

For example, if I inject my victim with a blood thinner and I stab the victim 13 times and then I hang the victim upside down in the shower, would the blood congeal in the bathtub? I would never come up with that kind of question or that kind of situation. But if you ask me now ... I am an expert. I can kill anybody and not be caught.

Yeah, on second thought, I might just keep my opinion to myself.

The lesson is: Write the books you want to read, just don't tell anybody you're doing it.

I don't really have a problem with anything she said. If that's how she feels, then that's how she feels. If she wrote it as a parody, then that is how she wrote it. Some people get way too uptight in their fanhood. If they don't want to support it, they just don't have to read it. She's correct, some crime fiction is very gruesome and violent, mine included. Often, there is no redemption. If you want redemption, go read a bible. She even said the characters are "very entertaining."

I like Mystery novels on occasion. They aren't all the same. Some have plucky females who investigate crimes instead of the hard boiled detective. I get where she's coming from, but I can also understand the outrage of some writers and fans. I heard about this through a post by a mystery author whose books I read. She's pretty pissed that her genre has been insulted. If Allende wrote a parody then I don't see the problem. However, a lot of the anger has come from those who realize this woman has a narrow view of the genre. I read a sample of Ripper and it was very slow and boring, so I opted not to buy it. Maybe I'll give it another go and try reading it as tongue-in-cheek.

Gerd Duerner from Germany is reading Rebecca of Sunnybrook Farm February 17, 2014 - 11:00am

Gee, I feel the same way about the mystery market, at least when it comes to the popular authors writting outside of the mellow mystery circle, so, I have no problem at all with her remarks.

And honestly, how can you take offense with anybody saying that a genre is dark but entertaining? I suppose that is what those authors did aim for, after all.