Is Arizona Trolling the Rest of the Country? 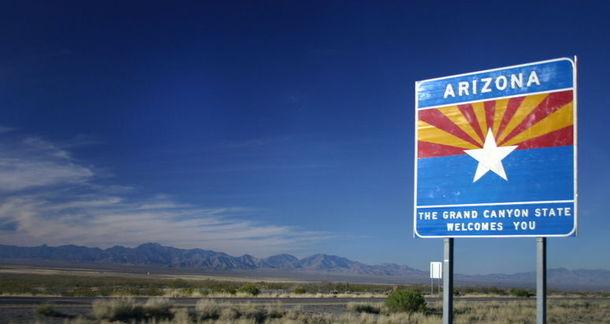 Arizona, you’ve done it again! Our progressive friends to the West have once again dropped the nation’s collective jaw with the introduction of a new bill that would restrict the classroom conduct of teachers even further (see previous insanity here). SB 1467 states that public school teachers can and will be fined, suspended and/or terminated if they:

…engage in speech or conduct that would violate the standards adopted by the Federal Communications Commission (my emphasis) concerning obscenity, indecency and profanity if that speech or conduct were broadcast on television or radio.

After all, who knows how to advance the cause of education better than a restrictive governing body like the FCC? As Thinkprogress.org points out, if this bill passes, teaching any books that contain references to sex or even the printed word “fuck” would be grounds for immediate termination. This includes Catcher in the Rye, The Canterbury Tales, and the dictionary.

Furthermore, as noted by legal blog Student Activism, the bill itself is written in such a manner that a teacher’s behavior inside and outside of the classroom will be subject to scrutiny:

Note the language of the bill: You’re violating the law if you engage “in speech or conduct” that would violate FCC standards if “broadcast on television or radio.” Not public speech or conduct. Speech or conduct, full stop. If this law passes, it will be illegal for any “person who provides classroom instruction” in the state of Arizona to have sex. Or pee. Ever.

Can we trade Arizona for British Columbia?

Ah hell - can we just return it to Mexico?

Leave it to the crazies in the wonderful state of Arizona to do it again!  Censoring teachers is not how to get better educators.  I have a feeling they might lose a lot of good educators if this passes.  Good teachers know how to talk to their students without being crude or out of line.

Keith from Phoenix, AZ is reading Growing Up Dead in Texas by Stephen Graham Jones February 14, 2012 - 11:49am

Seriously, guys, our legislators are whackos, but as a general rule, most Arizonians are fairly down to Earth...

Tim from Philadelphia is reading approximately eight different books. Most unsuccessfully. February 14, 2012 - 11:54am

This is just a symptom of state-run education. Why people think the state is best suited to educate their children is beyond me. Sure, the state should quarantee that the public is educated by distributing public tax money via vouchers that can be used at privately run schools. But the state's area of expertise, by definition, is bureaucracy so they should distribute the money, set some minimal standards and then leave the teaching to true educators who work in conjunction with the parents. Then the parents can decide what kind of school they want to send their kids to (hopefully none of which include Catcher In The Rye in their reading list unless the class is about over-rated pieces of crap writing.)

Joshua Chaplinsky from New York is reading a lot more during the quarantine February 15, 2012 - 9:17am

What year are we living in? It blows my mind that this stuff still happens.