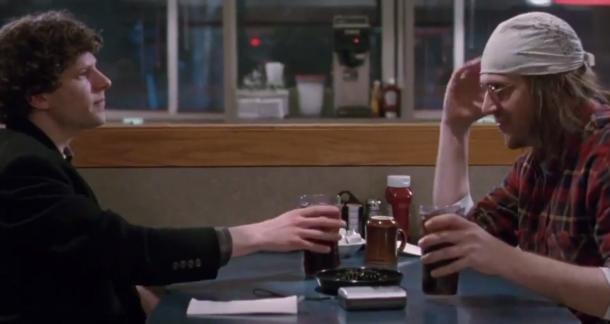 A new trailer has been released for The End of the Tour, the David Foster Wallace movie starring Jason Segel and Jesse Eisenberg.

The movie is based on the book Although of Course You End Up Becoming Yourself by David Lipsky, a book that chronicles the five days Lipsky tagged along with Wallace on his book tour for Infinite Jest.

The film has been met with praise so far, earning a 7.7 on IMDB and a 94% on Rotten Tomatoes. The movie premiered at Sundance last winter, and it'll be ready for general consumption on July 31st, 2015.