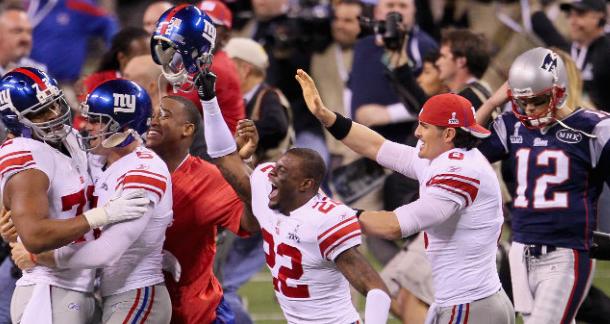 Beacon Press, based in Boston, and Other Press, based in New York, agreed that the publisher in the losing city would promote two of the other publisher's titles for a week, through web and social media.

So in this case, since the Patriots choked, Beacon is the loser, and will be promoting two books from Other Press.

It was also agreed that the winner would give away some of its own books in a drawing that you can enter at this link.

These sorts of wagers are par for the course during big sporting events. The mayors of Boston and New York, for example, bet such items as tickets to local cultural events.

So, LitReactors, did you watch the Super Bowl? What did you think? Good game, right? I think it's time for people to stop asking if Eli Manning is in Tom Brady's league, and start asking if Tom Brady is in Eli Manning's league. Because, wow, the Patriots just handed that game off.