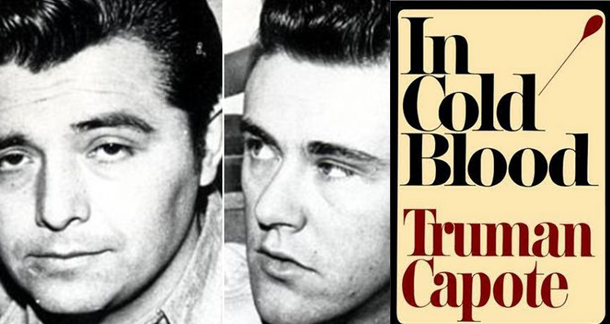 In December 1959, Christine and Cliff Walker and their two children were murdered in Sarasota, Florida, about a month after Perry Smith and Richard Hickock killed Herb Clutter and his family in Holcomb, Kansas. Smith and Hickock were the two killers that Truman Capote profiled in his book, In Cold Blood.

The evidence against Smith and Hickock in the Walker case was not conclusive. In December last year, authorities in Florida took steps to exhume the bodies of the two to conduct DNA testing against evidence collected at the time. Unfortunately, due only being able to obtain partial profiles from the two bodies and degradation of the original crime scene evidence, the results are inconclusive.

Capt. Jeff Bell of the Sarasota County Sheriff's Office told The Associated Press on Tuesday authorities were unable to make a match between Smith and Hickock, and Christine Walker, who was raped and had semen on her underwear... "The complication lies in the fact that there's still some uncertainty," Bell said. "It wouldn't exclude them but it also does not provide us with any level of confidence to say there's a match because there's not."

The two were in Florida after fleeing from the scene of the murders in Holcomb and police still believe they did it as witness spoke to them around the time of the crime. Most frustratingly, it’s just not possible to prove they did it and police can’t close the case, either.

"We're not closing the case," Bell said. "It remains an unsolved murder. The mystery continues and we'll look for other opportunities. We've reached a point where we don't believe we're going to accomplish that through DNA testing."

Capote mentions the Walker killings in his book, but gets the location wrong and relates a conversation between Hickock and Smith that may or may not have happened. It’s disappointing that even with all the advances in DNA technology, we’re still not able to solve cases like this. But then, who’d have thought we could identify a killer by his DNA in 1959?