"I" Is For Insult: Sue Grafton Regrets Pissing Off Self-Pubbers 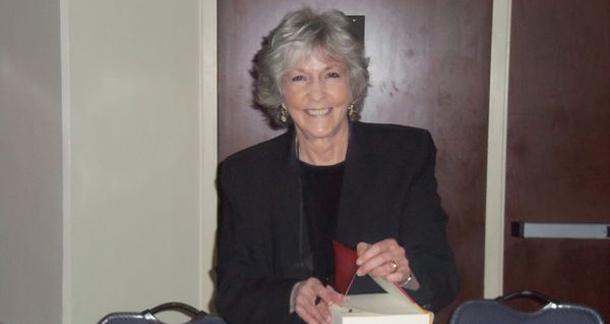 Sue Grafton, author of the "alphabet" crime series, thinks self-published authors are "too lazy to do the hard work." And while it's always great to see prominent figures voice their inflammatory opinions, she really let the self-pubbers have it.

She claimed that certain self-published books she has read are "often amateurish" and compared self-publishing to "a student managing to conquer "Five Easy Pieces" on the piano and then wondering if s/he's ready to be booked into Carnegie Hall." Becoming an author, according to Grafton, is about hard work: "taking the rejection, learning the lessons, and mastering the craft over a period of time." Having had her first three novels rejected, she said she sees "way too many writers who complete one novel and start looking for the fame and fortune they're sure they're entitled to." She had plenty more to say, but you get the idea.

As you can imagine, prominent self-pubbers got pissed. Adam Croft, a British self-published author who sold 250,000 copies of his books last year, called Grafton's belief that taking the DIY route was lazy "outrageous" and that "the complete opposite is true."

Grafton has since toned down her feelings, telling her local paper that she "meant absolutely no disrespect for ePublishing and indie authors," and that she was "uninitiated when it comes to this new format."

I've definitely read some self-pubbed turds, but Grafton was a bit out of line to indict a whole market. What do you think?

As a recent member of the self-pub-club I tried to take Sue Grafton's remarks with a pinch of salt.  A DIY route has a purer feel to me and gives a democratisation to publishing, in much the same way as sharing homegrown music and DIY vids on YouTube has democratised much of these formats as well.  For me, getting a publisher seems to offer a safety net, where someone vets your work before it's turned loose on the world, and there was definitely a huge amount of fear for me to simply put my work out there based on the (obviously biased) views of myself and friends.

I think that the black/white professional-pubs=good and self-pubs=bad attitude shows a lack of sophistication and there's a kind of snobbery to it - because, as we all know, there's no badly written professionally-published books out there [/sarcasm].

And the idea that you don't have to suffer rejection is absolutely ridiculous.  The e-community is not known for it's simple patronising tolerance.  If a book's shit - self-published or not - they will tell you in no uncertain terms.

Okay, there's a lot of dross out there and always will be - but dross, as well as art, is a subjective opinion.  There's stuff I love that other people think sucks and vice versa.  And, when it all comes down to it, self-publishing is here to stay and Grafton's remarks seem a bit like Canute commanding the sea to turn back.

Sue Grafton still writes? I remember when she used to be huge...but that was a long time ago.

I think the difference comes down to career pacing. Traditional publishing requires much more time up front (getting rejected, and rejected, and rejected) in hopes of the easy life later (living off of the advance while writing full time), while self-publishing requires less time up-front (here's my book, fuck professional editing) with the expectation that it may take much longer to make the riches (having to "see what works," getting your own publicity going, etc.).