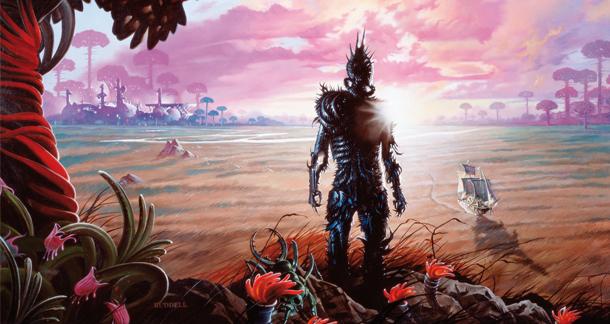 Simmons’ epic science fiction novel series, which tells the story of a pilgrimage into a time-warped tomb made by seven characters, is aptly suited for an event series adaptation. Bradley Cooper, Graham King, and Todd Phillips will produce the project.

Cooper has expressed interest in adapting Hyperion for years, and in the past has even offered to write the script. Now with his dream becoming a reality, he says, “It is an absolute honor to enter into the world created by Dan Simmons that is arguably one of the greatest works of science fiction, and help realize it for television audiences.”

SyFy is collaborating with the three producers to transfer the Hyperion novels to the small screen. Itamar Moses of Boardwalk Empire is taking on dual roles of writer and co-executive producer.

Will you be watching the adaptation once it hits television? Or do you consider Hyperion unfilmable?

Nice! I first read it in 2013 and wondered why it hadn't made it to the screen yet.

Joshua Chaplinsky from New York is reading a lot more during the quarantine July 27, 2015 - 9:41am

I am reading the first book now and loving it. Syfy better use some of that Sharknado money and do this right.