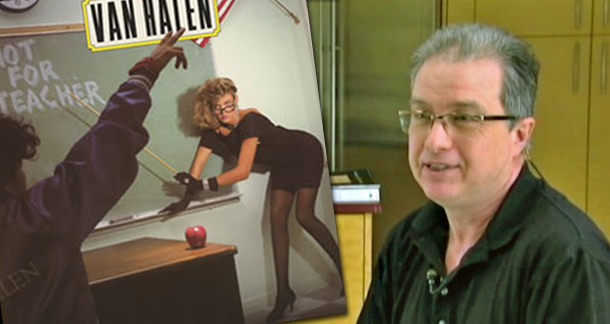 Writing essays is often difficult, maybe even a bit boring when the subject isn’t something the writer necessarily finds interesting.

In 2011, mature student and home builder, Joe Corlett, enrolled in Oakland University in Rochester, Michigan, due to the downturn in the economy. He was in English 380: Advanced Critical Writing and, after being “repeatedly told there were no topics that were out of bounds”, submitted a journal entry entitled Hot For Teacher, obviously inspired by the 1984 hit by Van Halen. In the entry he revealed his attraction to several of his teachers, including this gem about his writing instructor:

Then there’s Ms. Mitzelfeld, English 380. She walks in and I say to myself “Drop, motherfucker, drop.” Kee-rist, I’ll never learn a thing. Tall, blond, stacked, skirt, heels, fingernails, smart, articulate, smile. I’m toast but I stay, I’ll fuck up my whole Tuesday-Thursday class thing if I drop. I’ll search for something unattractive about her. No luck yet. Shit.”

Ms Mitzelfield informed the Dean of the entry who decided Corlett had violated their policy against intimidation or harassment and barred him for three terms and required him to undergo counseling if he wanted to return.

Corlett insists he’s fighting for his civil rights as well as the $2.2million and four credits he lost as a result of the suspension and he’s probably got a point. I like what his lawyer, Alari Adams, had to say, “…he just ended up getting suspended from school for completing a homework assignment.”

Was Corlett wrong to write this or was his right to freedom of speech violated here? Sure, it’s not going to win a Pulitzer (or provide competition for E.L. James), but I guess the question for me is where do we draw the line? 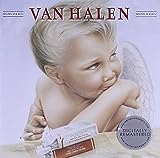 Definite jackass. As a teacher (though maybe not a hot one), I'd be totally annoyed by this guy's essay on many levels. I'd think of it as a cop-out anyway, and unless it was ridiculously well-written (and students who pull these stunts typically do not write well), I'd have him write a new one. Oh, and it's totally passive aggressive. If he thinks his teacher is hot (and let's face it, we've all had a hot teacher), he can wait until the class is complete, and then ask her out for coffee, like a gentleman. Or he can just suck it up, and attempt to impress her by writing awesome prose about something other than his classroom boner.

As for his rights: it's a classroom setting that has rules that are little more stringent and a little more specific than the Constitution, so the whole "my rights were violated" crap doesn't hold water. (I hope not anyway.) He can post crap like that on his facebook page or his blog. You can't say whatever you want at work--same goes for the classroom. There are rules, dummy. Follow them.

I don't know that I'd have him kicked out of school, but I do think a stern talking to about appropriate classroom behavior is necessary. Which is sad, 'cause it's not like this guy is young. He should know better. And if the teacher really felt threatened, put him in another class, preferably taught by an old, wrinkly, dude.

Oh and the 2.2 millon dollar figure? Get real, dude! You can ask for your money back, and that's it.

There should be no bounds in writing.

If the students were told there was no topic out of bound then the teacher is a hypocrite and shouldn't be teaching anything creative. I've taught creative writing and when we said no topic was out of bounds, we meant it.

There was no threat of violence or any other indication that anyone was in any harm so it was overreaction. I'd be interested in knowing if the teacher spoke to Corlett before running to the dean. It doesn't sound like it because the HuffPo article states, "Corlett was removed from the writing class by two police officers after an Oakland administrator forgot to tell him that he was barred from attending while his status as a student was under review."

Writing is meant to be free. Being protected from being offended isn't a right. Free speech is.

The only real message this sends to anyone is simple: don't trust a teacher when they say nothing is off limits.

Yes, I think that there should be no limits in writing, but that doesn't mean you should write something shocking/offensive/etc. purely for the sake of shocking or offending. There should be a point to it or some kind of literary, artistic substance.

Don't know if the measures they took were overkill, but I'd make sure that creep wasn't in my class for sure.

Courtney from the Midwest is reading Monkey: A Journey to the West and a thousand college textbooks March 18, 2013 - 1:50pm

If the school made a ruling based on harrassment, and the teacher was too frightened to ask him to leave -- and asked for security to remove him -- it means that we aren't getting the whole story, just the "omg censors!!" story.

I agree with Taylor. Usually, it's jackasses who do this, and Dorian is right, too -- he probably wrote it for the shock value. It sounds to me like the teacher had finally gotten fed up with him.

Why didn't they just fail him? I mean, if the essay has no literary merit... Whereas this reaction has given him airtime and probably an out of court settlement just to make him go away.

This is why there are disclaimers in front of almost every piece of fiction that say that the work is not referring to real people. If you want to write about real people, especially in this way, that's a risk you're choosing to take. He could have written the same thing about a fictional person and had no problems.

The teacher had an obligation to report this "essay." If she'd said that to a student, she would have been fired for sexual harrassment. In order to cover her own ass, she had to report that a student made sexual comments to her. She may have felt uncomfortable enough to want him put in someone else's class, but more than likely this wasn't her decision.

The topic itself - "attractive teachers" - is perfectly fine. It's not the topic that's the problem, it's his approach to it. School is a professional envirnment, the guy should have known it was innappropriate. The student may have a right to talk about what he wants, but the teacher has a right to be in her own classroom without feeling objectified.

2.2 million? Seriously? How is he possibly losing that much money?

This guy's an idjit.

He no doubt wrote a horrible essay largely for shock value, and probably to deliberately offend his teacher. That is harassment, and his teacher was right to report him.

I wouldn't be surprised to find out he'd deliberately badgered the teacher into saying he could write about any topic he wanted, just so he could then turn it around and blame her when he wrote something nasty.

Dwayne from Cincinnati, Ohio (suburbs) is reading books that rotate to often to keep this updated March 20, 2013 - 4:21am

Joe Corlett, enrolled in Oakland University in Rochester, Michigan, due to the downturn in the economy.

In 2011, mature student and home builder, Joe Corlett, enrolled in Oakland University in Rochester, Michigan, due to the downturn in the economy.

Why didn't she just fail him? No way you can debate that paper wasn't worth a F.