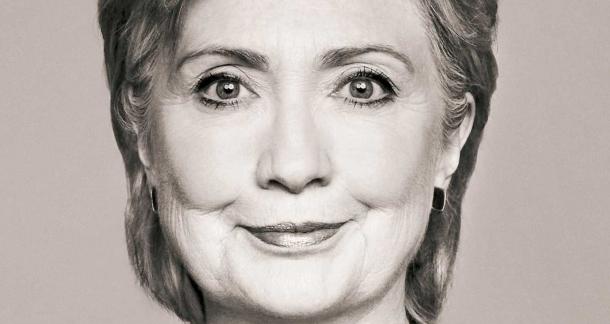 Hillary Clinton's book tour launched this week, and there seems to be four big issues surrounding it:

One: Will Hillary Run For President in 2016?

In her book and in interviews, Clinton has said she has yet to decide and will make that choice near the end of the year. There's certainly a lot of speculation that she's using the book tour as a way to measure public approval.

Two: How Can She Say She's Broke?

In an interview with Diane Sawyer, Hillary said:

We came out of the White House not only dead broke, but in debt...We had no money when we got there, and we struggled to, you know, piece together the resources for mortgages, for houses, for Chelsea’s education. You know, it was not easy.

This was said in response to a question about her speaking fees, which are considered high by news sources for whom that's a convenient position. Her fees were reported as "up to $200,000" per appearance.

As a brief aside, in my other life I sometimes book speakers, and the fees are all over the map. In 2013, a Richard Branson appearance would run you $250,000. An appearance by Rowdy Roddy Piper, star of They Live, would cost about $10,000. Just be aware you could get 20 Rowdy Roddy's for the price of one Hillary, 25 for the price of one Richard Branson.

Three: What's The Deal With This Benghazi Thing?

Read the transcript for yourself, decide whether this is a real story or a quote without context. Ultimately, it would appear that a quote from a 5-hour testimony at the beginning of 2013 is being clung to in order to discredit a politician.

Four: What Is She Wearing?

Yeah, for whatever reason, this seems to be important to several news sources in 2014.

The New York Times reported on Clinton's first signing, emphasizing the packed house and overall warm reception, and they managed to get in a comment on her outfit:

Wearing a hot-pink blazer and a splashy silver necklace, she waved and thanked the crowd of more than 1,000 people, many of whom had slept outside the store. They bought their $35 hardcover copies in advance at 30 percent off and snaked through the ropes set up on the fourth floor of the bookstore.

NBC managed to get a quote from Clinton while also throwing in a comment about her outfit:

'It is really about the hard choices everybody has to make in life and in particular the hard choices that I made or was part of making during the four years as Secretary of State. It is written for anybody who wants to think about and learn about what is happening in the world today,' said Clinton, who wore a hot pink pantsuit.

As the book goes, it's difficult to tell how good a read it might be as most reviews center around her wardrobe.

The world waits with tense excitement, wondering what the former Secretary of State will decide (to wear) next.

I might check out her book, I may not. I have other views about the ufo briefing issue. But that a novel length post in itself.

Yeah, it's a stupid phenomena - that the press focuses extremely hard on what female politicians and celebrities wear, but not their male counterparts. A woman in the same field is always going to have it harder since "OMG that pant color is so out of season!" is so much more important than what her speech is about or what political change she's working toward. -_-

That's something I never understood, but that's true.

Actually I barely understand politics in general at times.