Help Kickstart A Film Project From One Of Our Own 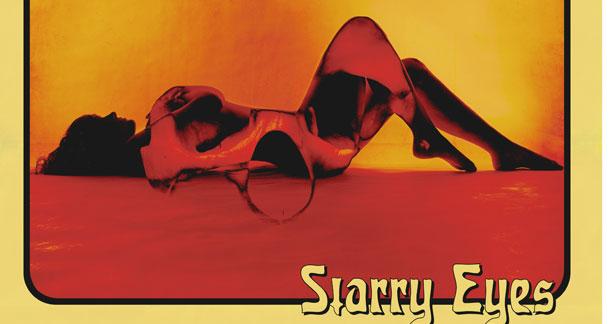 Some of you might know Dennis Widmyer. He's the co-founder and editor-in-chief of LitReactor. He's a filmmaker. He's a cool guy. He's not holding my family captive until I write this post. Nope. Everything is fine. Don't call the cops.

(Someone please call the cops...)

Starry Eyes tells the story of Sarah Walker, a determined and desperate actor who would do anything to land her first big role. Unfortunately this leaves her prey to a satanic cult who has been operating as Hollywood’s gatekeepers since the Golden Age. They have the power to make her a star, but it comes at a terrible price.

What follows is an occult tale of paranoia and possession that explores themes of transformation, body horror and a woman going through a psychotic breakdown. Ira Levin meets David Cronenberg.

They've got some serious juice (like a producer with two films playing at SXSW), but they need your help. The project is headed into the home stretch—less than 2 weeks to go—and is 60 percent funded. It needs a little love to make it over the finish line. And as with (most) fundraising campaigns, the rewards are very groovy:

I don't give a damn that he's my boss: Dennis and his crew are a talented bunch of people, with the skill to put something special and--I think--they're worthy of support. Which is why I offered to do this news post (he was all bashful about it).

So take a second, visit the page, and even if you can't afford to give, maybe spread the word a little? Let's see if we can't step up to the plate and get this thing knocked out.

Check out the Kickstarter here.