HBO Renews 'Game of Thrones' For A Third Season 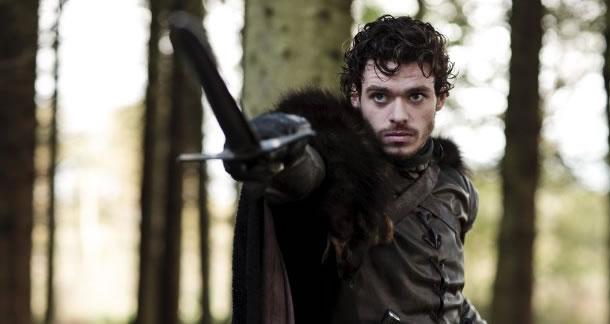 Fans of Game of Thrones, rejoice. HBO just tweeted the happy news that the show has been renewed for a third season.

We're just two episodes into the second season of the show, which is based on George R.R. Martin's epic A Song of Ice and Fire books. The renewal doesn't come as a huge surprise, considering they're posting some huge numbers. According to the Hollywood Reporter:

When Game of Thrones started, I was lukewarm on it. There were a ton of characters and nearly no back story, so it felt like a companion piece for the people who had read the books, and not it's own entity. Now I'm hooked.

What does everyone else think? Are you watching? Do you dig it? Are you happy the show will continue into the foreseeable future?

Fuck yeah. One of the best shows on television right now. And good god, the third book (Storm of Swords) is probably my favorite in the series. It's a giant book though (I think around 1300 pages) and I've heard the show creators say they would probably split it into two separate seasons.

Joshua Chaplinsky from New York is reading a lot more during the quarantine April 10, 2012 - 10:51am

Book Three is the money book.

Hopefully they split Storm of Swords into two seasons instead of rushing through key scenes from the books to cram in more useless sexposition scenes with the utterly useless Ros character.