HBO and DiCaprio Team Up on 'Beat the Reaper' 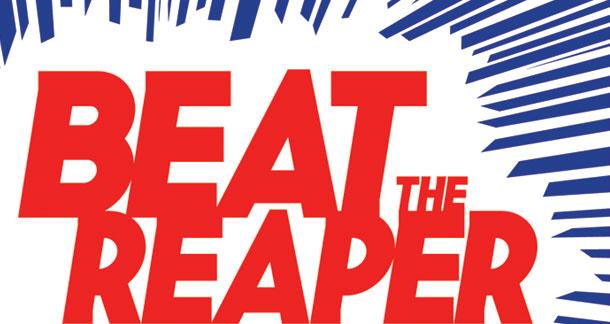 Unless you were totally out of touch with the book world a couple years ago, it seemed like you couldn't go anywhere without hearing about Josh Bazell's criminal/medical debut Beat the Reaper.  It was definitely one of my favorite reads of 2009, so do yourself a favor and pick this one up if you haven't already.  Here's the official synopsis:

Dr. Peter Brown is an intern at Manhattan's worst hospital, with a talent for medicine, a shift from hell, and a past he'd prefer to keep hidden. Whether it's a blocked circumflex artery or a plan to land a massive malpractice suit, he knows what evil lurks in the hearts of men.

Pietro "Bearclaw" Brnwna is a hitman for the mob, with a genius for violence, a well-earned fear of sharks, and an overly close relationship with the Federal Witness Relocation Program. More likely to leave a trail of dead gangsters than a molecule of evidence, he's the last person you want to see in your hospital room.

Now, with the mob, the government, and death itself descending on the hospital, Peter has to buy time and do whatever it takes to keep his patients, himself, and his last shot at redemption alive. To get through the next eight hours-and somehow beat the reaper.

Turns out HBO loved this one as much as I did, as they recently snagged the rights to it.  Leonardo DiCaprio (Critters 3, Inception) is set to executive produce with Brian Koppelman and David Levien on writing duties.  DiCaprio at one point was rumored to star as Dr. Peter Brown, but it's unclear whether or not that's still the case.

On another note, I'm still battling with the idea of this being a series rather than a movie.  On the one hand, this could be HBO's new vehicle for another hit series--especially if you're into medical/mobster shit.  It could play out like the first season of Dexter, which was pretty much completely faithful to the first novel.  The issue is when they run out of source material and have to write new stuff.  This should be a solid show for at least two seasons with Beat the Reaper and the upcoming sequel, Wild Thing.  After that, who knows.

What do you guys think: do you like the idea of this being a series rather than a movie?

I loved the book, read it in 2 sittings. Not sure how you would turn it into a series but I'm certainly excited to see what they come up with.

Joshua Chaplinsky from New York is reading a lot more during the quarantine December 15, 2011 - 12:19pm

HBO are the kings of long-form storytelling. They have actually been doing a lot of this- buying literary properties to turn into mini or full-on series. Game of Thrones, The Corrections, the entire Faulkner catalog. It is their current MO.

I'm still more interested in that adaptation of 100 Bullets that Showtime was supposedly making.

I read this after all the hubub on the Cult and found the story pretty shallow. Half of that is my natural aversion to stories that involve tired setups involving the military, cops, or gansters. The other half is I really didn't see the explosive appeal.

Just bought this on my iPad. Read tis week. Thanks for the heads up