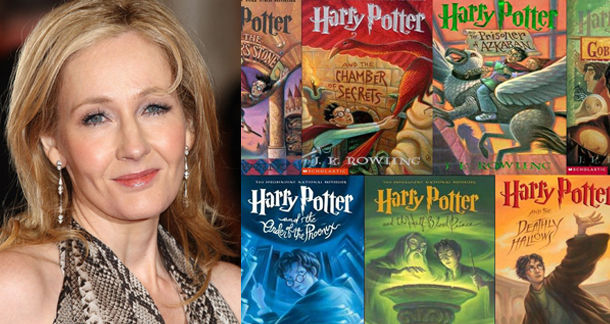 Book adaptations for the stage and screen are always a bit of a risk, somehow needing to capture the essence of a story in such a way that won’t upset or disappoint readers — particularly when the book or books has a huge fan base. The movies proved it can work, but this is undoubtedly on J.K. Rowling’s mind since she announced on Friday that a stage production of Harry Potter’s early years is in the cards.

The play will be staged in the UK and will explore “the previously untold story of Harry's early years as an orphan and outcast”, according to its producers. “Featuring some of our favourite characters from the Harry Potter books, this new work will offer a unique insight into the heart and mind of the now legendary young wizard.”

So far, so good. Rowling will co-produce the play with Sonia Friedman (Tony and Olivier Award-winning producer for the likes of Book of Mormon and a number of other Broadway and London’s West End hits) and Colin Callender (TV and stage producer, responsible for an upcoming adaptation of Hilary Mantel’s Wolf Hall for the BBC), although “she will not write the script herself”. It’s always a good thing to have the author on board, and useful to have people who know the industry to reign in any creative excesses.

The author said she had "received countless approaches" over the years "about turning Harry Potter into a theatrical production… Sonia and Colin's vision was the only one that really made sense to me." Their "vision", she continued, "had the sensitivity, intensity and intimacy I thought appropriate for bringing Harry's story to the stage… After a year in gestation it is exciting to see this project moving on to the next phase."

That begs the question, though, how much of the books’ magical events and characters will be included? If you have even a passing knowledge of the series, it’s made clear from the start that Harry doesn’t know he’s a wizard until his 10th birthday. We’ll have to wait and see. Will you try and see it? I suspect Harry’s die-hard fanbase will snap tickets up in no time, so you’d better get in there quick.