'Harry Potter and the Cursed Child' is Here 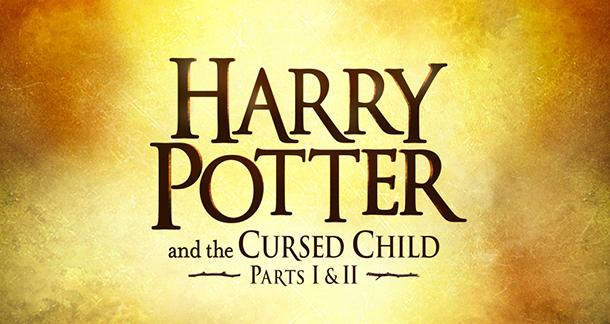 Harry Potter and the Cursed Child, created by J.K. Rowling, John Tiffany, and Jack Thorne, opened at the Palace Theatre in London this weekend to rave reviews. Sold out until May 2017, the production is releasing 250,000 more tickets on August 4th and there is talk of the play moving to Broadway.

The script book released on July 31st, which happens to be the birthday of J.K. Rowling and Harry Potter, with many bookstores holding midnight release parties Saturday night. Though the critical reviews of the play have been overwhelmingly positive, fan reactions on social media have been mixed. Without spoiling anything, a lot of fans are comparing the newest Harry Potter plot to something out of a fan fiction, many implying that the storyline is ridiculous, even for a magical universe. Still, we'll have to wait a few days to really see how the majority of fans are reacting. And while it is one thing to read a script book, it is another to encounter a live show. I wouldn't be surprised if the book and production reviews end up varying from each other quite a bit.

Between The Cursed Child this summer and Fantastic Beasts and Where to Find Them coming out in November, 2016 is proving to be an exciting year for the Harry Potter fandom. A friend and I volunteered at a midnight release for The Cursed Child at a local independent bookstore this weekend and it was wonderful to see so many people anticipating getting their copy, whether they were elementary children who had just recently discovered Harry Potter, millennials that grew up with the characters, or grandparents introducing their grandkids to the books. Regardless of the reviews, the release of The Cursed Child has highlighted how engaging the Harry Potter franchise continues to be nearly 20 years after the first book's release.

What do you think? Have you read the book yet? Will you be trying to get tickets to the show?