‘Harriet the Spy’ Home for Sale 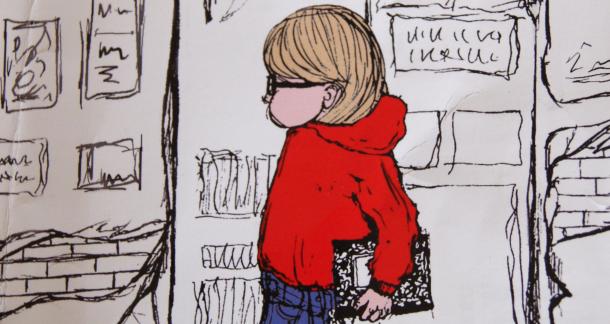 In a twist of fate that can only be described as my childhood #goals come true, the home that inspired Harriet the Spy is now for sale, reports The New York Post.

Harriet the Spy, a 1960s masterpiece by children’s author Louise Fitzhugh, recounts the tale of a young girl who keeps a ridiculously truthful spy notebook about everyone she encounters. When her notes end up in the wrong hands, she must face the reality of her friends and family learning her uncensored thoughts. Over the course of the book, Harriet is raised by her nanny in an Upper East Side brownstone.

It’s that brownstone that is on the market, selling for a measly $4.95 million.

The 3,000 square foot home was built in the 1880s and boasts five bedrooms and three and a half baths. Other features include “large rooms, high ceilings, formal living and dining rooms, a windowed eat-in kitchen, a center hall skylight,” and what can only be described as a reader’s dream—“built-in bookcases on every floor.”

Harriet’s brownstone is filled with light and views of the East River, and pays an ode to its old-fashioned roots with a working dumbwaiter that connects the dining room and kitchen.

I may not have the funds to buy this dream home, but if you do, I’m hoping you’ll invite me as a houseguest!