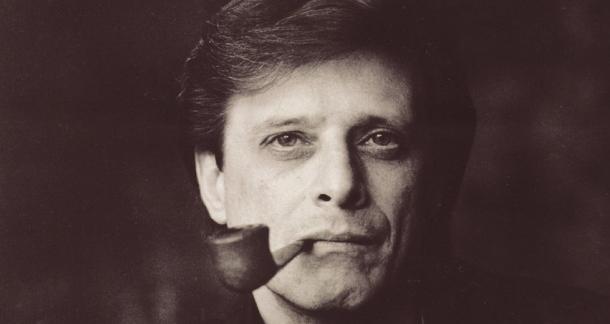 Harlan Ellison, writer most famous for his story "I Have No Mouth And I Must Scream", suffered a stroke last week.

Actually, there's probably an argument over what Ellison is most famous for. Was it his Star Trek script for the episode "The City On The Edge Of Forever", which is often considered the best of the original series' 79 episodes? Was it his argument with Frank Sinatra over a pair of boots, famously chronicled in Esquire by Gay Talese? Was it "A Boy And His Dog", the apocalyptic tale that was later made into a movie starring Don Johnson?

Ellison is currently in the hospital. Those close to him say his mind is fully recovered, although his body remains partially paralyzed.

I was with him the day before yesterday when the specialist who checks verbal and memory impact was there, and it was like an SNL skit. She’s checking for slurring and loss of memory, and he’s being quintessential Harlan — talking a mile a minute, and throwing out more obscure references per minute than anyone can possibly keep up with. (He did, at one point, forget the name of an actor with a wooden leg who played a supporting part on one of his favorite radio shows back in the forties, but last time I talked to him, he couldn’t remember the name of the key grip on Passage to Marseilles, so it’s probably safe to say that’s nothing to worry about.) I can’t say he’s fine, because he’s had a stroke … but he’s as well as well can be under the circumstances, and had all of the nurses laughing. And he complained a lot. So, you know … Harlan.

As a form of well-wishing, here are 5 little Ellison tidbits:

1. You can play a point-and-click adventure version of Ellison's "I Have No Mouth And I Must Scream". By most accounts, it's actually pretty good too.

2. Ellison was fired from Disney after he was overheard joking about a pornographic movie featuring Disney characters. He worked at Disney a total of one day.

3.This one is for the five of you who will be excited about this, though EXTREMELY excited— Ellison was one of the voice actors on the animated television show Pirates of Dark Water.

4. Ellison hosted a Friday night radio show, Hour 25. During one episode, he wrote a story live on the air.

5. As a signal to fans, Ellison would use the pseudonym "Cordwainer Bird" when credited on works where he felt his contributions were twisted and ruined by others.

Ellison was one of the first guys I discovered in Sciene Fiction and used to see him once in a while in Hollywood. One I remember most was at Paramount Studios and he seemed to be trying to talk himself onto the lot so he could "monitor" one of his scripts being filmed!

Community Manager
helpfulsnowman from Colorado is reading But What If We're Wrong? by Chuck Klosterman October 21, 2014 - 6:47pm

Haha, the more I look into him, the more it seems like there are quite a few excellent Harlan Ellison stories floating around out there.