'Hansel And Gretel: Witch Hunters' Gets A Trailer 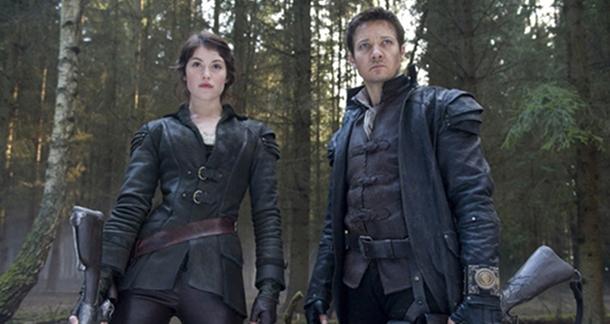 Hansel and Gretel, the German fairy tale published by the Brothers Grimm in 1812, is getting the Hollywood treatment. The pair have been reimagined as witch hunters, and the movie stars Jeremy Renner. It sounded like it could have been a cool, quirky project--but any hope for that was dashed by the trailer. This looks like a bit of a dud, doesn't it?

The movie was supposed to be released this past March, but Paramount moved it to Jan. 11, explaining that they wanted to take advantage of Renner's star power, now that he's been in The Avengers and The Bourne Legacy. Which could very well be true, although typically movies are shelved and shuffled around when they don't turn out great.

This movie follows on the heels of Snow White & the Huntsman, which looked vaguely interesting but I'm to understand wasn't very good. Are fairy tales the hot new thing?

Am I being too harsh on the trailer?

And what fairy tale would you most like to see turned into a movie?

This looks fucking awful...like Van Helsing meets Snow White and the Huntsman all sprinkled in bullshit.

And is that witch using a goddamn gatling gun? WTF?

Cait Spivey from Portland, OR is reading I Don't, a Contrarian History of Marriage by Susan Squire September 5, 2012 - 8:01am

So they're basically just doing another version of the Matt Damon/Heath Ledger movie Brothers Grimm.

Except that movie was funny.

Dorian Grey from Transexual, Transylvania is reading "East of Eden" by John Steinbeck September 5, 2012 - 8:05am

There were a few good things about Snow White (some of the design, Ian McShane) which did not add up to a good movie. This looks worse.

I'll counter your question with another question: have fairy tales ever not been the thing?

I think it's pretty obvious why, in this current filmmaking period when a studio will back any film as long as it comes with a pre-existing fanbase, some would focus on stories the public can't seem to get enough of.

I thought Snow White and the Huntsman was decent. The visuals were stunning, the atmosphere was effective, and Chris Helmsworth and the dwarves picked up the slack in the acting category. In my opinion, Huntsman's biggest problems were a) that its story couldn't support its bloated runtime and b) Charlize Theron unintentionally hilarious overacting.

And what fairy tale would you most like to see turned into a movie?

The tale about the Hollywood producers that got what they deserved for releasing this crap to the world.

avery of the dead from Kentucky is reading Cipher Sisters September 5, 2012 - 9:06am

And, that is just terrible.

The trailer looks fake.  Like it should be a joke, and I'm sad that it isn't.

Ach, there's nothing wrong with some dumb fun movies every now and then. Sure, not all dumb-fun movies are good but some can make decent entertainment

I like witches.  I don't want Hawkeye to kill witches.

Jane Wiseman from Danville Virginia is reading The Iron Council, by China Mieville September 6, 2012 - 1:41am

I want to see a movie version of Rapunzel.