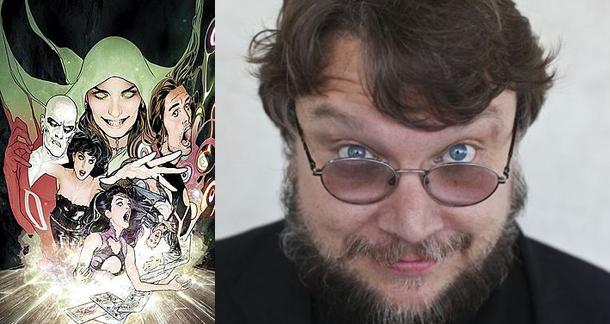 Guillermo del Toro, the creative force behind Pan’s Labyrinth and Hellboy, is discussing the possibility of directing a big-screen adaptation of DC Comics’ Justice League Dark series, according to i09.

In an interview, del Toro said that he was trying to work out licensing issues surrounding the inclusion of characters such as John Constantine from the Hellblazer franchise, and Swamp Thing.

I am talking to DC and Warners about tackling the 'Dark universe' characters, but we're not calling it [Heaven Sent],” del Toro told the news source. “I don't know where this title came from. We have a very concrete storyline that I'm proposing — but it's still very, very early days. They're great characters. I relate to them because they are supernatural monsters, first and foremost.

Justice League Dark follows the exploits of some of DC Comics’ more supernatural characters, such as Madame Xanadu, Deadman, Mindwarp, and Black Orchid.

The series was originally written by Peter Milligan, perhaps best known for his contributions to DC’s Animal Man and Batman series, and features art by Flashpoint illustrator Mikel Janin. Jeff Lemire, known for his work on Vertigo franchises Sweet Tooth and The Nobody, took over as the series’ lead writer from issue nine onward.

So sound off, LitReactors. How would you like to see a Guillermo del Toro Justice League movie?

I'd rather see him do a Dr. Strange movie.

Justice League Dark is just starting to get good in the comics. For me personally, the series covers most of my life-long favorite DC characters, so I would clamor over any awesome stories done with the likes of John Constantine, Zatanna, Shade etc. I'd love to see what del Toro does with it, my only concern is that he already sort of did the supernatural supersquad thing with the Hellboy adaptations, so other than the whole DC Universe I'm wondering what he's going to bring to the movie to make it fresh, visually and conceptually distinctive.