Groot Gets His Own Marvel Comic Book 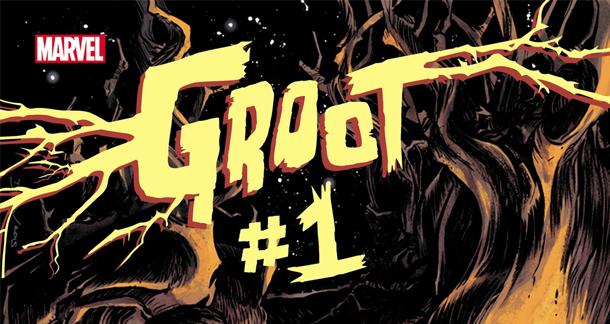 Marvel Comics has announced their intention to give Groot, the lovable talking tree featured in Guardians of the Galaxy, his own comic book, reports Mashable. The decision comes on the heels of Rocket Raccoon’s Issue #1 success last July, when the furry hero made the bestseller list for comics.

Readers can expect some important questions to be answered in the comic, including the history of how Groot and Rocket Raccoon met and teamed up. Marvel has released an official logline to explain the comic’s plot:

When Rocket and Groot are on an intergalactic road trip and calamity strikes, the two get separated—and for the first time in years, Groot’s on his own! Written by comedic ace Jeff Loveness (Jimmy Kimmel Live!) and drawn by Marvel Comics newcomer Brian Kesinger (Disney Animation), get a front row seat for EXPLOSIONS, SPACE SHARKS, ALIENS, AND INTERGALACTIC HITCHHIKING (YEAH, BABY! YOU READ THAT RIGHT)! Whatever may be coming Groot’s way, one thing’s for sure—it’s going to be a GROOT adventure!

Loveness sure has a feat ahead of him, considering Groot’s lack of verbosity. “It’s a challenge, and also part of the fun,” he told Mashable. “Being a comedy writer on TV, you make your living on words and turns of phrase and jokes. So with Groot you’ve gotta dig deep and find a lot of physical comedy.”

I’m definitely curious to see how Groot does on his own, not to mention how the writer handles this unique character’s story. Is anyone else as excited as I am for this new comic series?