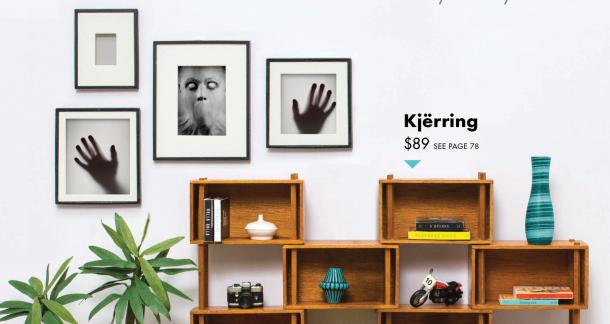 Hold on tight to those Grundtals, and don't forget to check for monsters behind that Hemnes. Horrorstör, Grady Hendrix's Ikea-inspired horror novel, is headed to Television.

Horrorstör debuted only a month ago, and already the novel, laid out like an Ikea catalog complete with item descriptions and an order form, has been picked up for TV by The Jackal Group, which is a co-venture between Fox and Gail Berman. You might know Gail Berman as the executive producer of Buffy and Angel. Or the producer on 24, House, Arrested Development, Bones, and Family Guy. Or, if you're of the Browncoat persuasion, you might recognize Berman as the person responsible for the decision to put Firefly in its strange Friday night spot, air episodes out of order, and finally cancel the series.

Horrorstör, despite forcing reviewers to memorize the umlaut-"O" shortcut (Alt 0214), is getting some great reviews. Check out what LitReactor's Leah Rhyne had to say about it.

Or, get a taste of Hendrix's style and taste, and read the awesome round-up of horror movie adaptations written by Hendrix himself.

YIPES! That is AWESOME NEWS!

(Also: I left my umlauts up to the editors here...I posted umlaut-free, and asked them to pretty please figure it out because ARGH!)

Don't blame me! Umlauts are not our friends.

I don't blame you, Josh! You SAVED my review with your umlaut prowess!