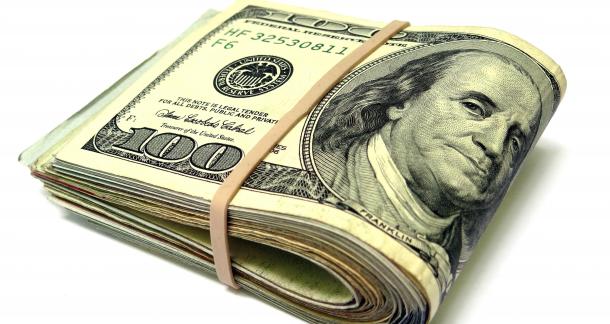 What if I did the math for you and said that's $40 for every word?

So far there's no title for this publication, but two names are attached to the endeavor: Jill Abramson and Steven Brill.

Abramson you may recognize as the recently-ousted executive editor of The New York Times. Her Wikipedia page lists her many, many other accomplishments including graduating Harvard and a stint at The Wall Street Journal. The page also, for some reason, lists her four tattoos in polite fashion (what, not where).

Brill is lesser-known, He's worked on a variety of media projects with varying success. He is also the founder of CLEAR, that skip-the-line service at the airport that I'm very curious about. Sadly, although they share the same name, the Steven Brill we're talking about here isn't the same Steven Brill who served as screenwriter for The Mighty Ducks.

With their powers combined, Abramson and Brill hope to create a new subscription-based service focused on high-quality digital content. Which is the part that sounds pretty uninteresting. Where it gets a little more curious, the service would deliver a total of 1 piece per month, each piece with a word count in the neighborhood of 25,000 words. And for their efforts, writers would receive $100,000. Oh, and if a writer's work increases subscribers significantly, the writer stands to see bonus money on top of that $100,000.

There have been some serious questions raised about the viability of the venture. Commissions for the ten pieces will cost $1,000,000 in the first year (Abramson and Brill will each contribute a piece to fill the other two months of the human calendar). And the plan of paying for everything with subscriptions is...mathematically challenging. If subscribers were willing to pay $16 per month for a single story, and if they subscribed for the entire year, the number of subscribers required to make up the $1,000,000 in writers' fees would be 5,000. 5,000 subscribers for the full 12 months just to pay the commissions. That number of subscribers doesn't include marketing, web space, celebratory giant cigars, even more giant cigars used to temper failures along the way, or anything else needed to run a business.

If we get even more nitty-gritty, the 25,000-word number comes from Brill comparing the commissioned works to an article he did for Time, which will be available on Kindle near the first of the year. He's priced it at $11.84 on Kindle. That bumps subscriber numbers needed up to just over 7,000 for the year. And again, that's just to break even on commissions. No infrastructure, no salaries for Abramson and Brill, no cigars.

Further information releases are expected, and the project is planned to launch in 2015. If you've ever planned to fill a briefcase with bills as a writer, keep an eye on this one.

it's coolbut two names are attached to the endeavor: Jill Abramson and Steven Brill.ommissions for the ten pieces will cost $1,000,000 in the first year (Abramson and Brill will each contribute a piece to fill the other two months of the human calendar).