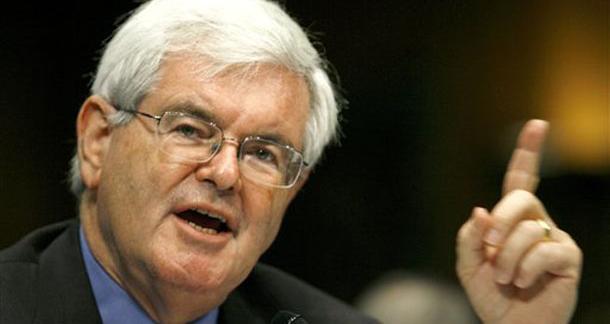 Did Newt Gingrich censor his own book and snub a noted scientist to curry favor with conservative voters?

As Republicans go, Gingrich is pretty liberal when it comes to the subject of global climate change--he co-wrote a book, A Contract with the Earth, about the intersection of green technology and business. That sort of flies in the face of the Republican party line on climate change, which is that it doesn't exist.

But the sequel to Gingrich's book, which is expected to hit sometime after the election, is now the subject of some controversy, because Gingrich dropped a chapter by a noted scientist who made the argument that climate change is man-made. And instead of telling her, he announced it to voters in Iowa, after a woman expressed concern about it. (She had heard about it on Rush Limbaugh's radio show).

The snubbed writer is Katharine Hayhoe, a professor of atmospheric sciences at Texas Tech University--and an evangelical Christian. In 2009, she co-authored the book A Climate for Change, which encourages the faithful to care about global climate change.

To make the whole thing just that much worse, Hayhoe is now getting loads of hate mail, for expressing a belief she based on scientific fact. Meanwhile, Limbaugh is referring to Hayhoe as "climate babe," because this is the 21st century in America, so we refer to scientists with sexist terminology.

So, what do you think? Bad form on Gingrich's part? Or as author of the book, is it his right to decide who and what is included?

EricMBacon from Vermont is reading The Autobiography of a Corpse January 11, 2012 - 9:43am

Everyone for sale all the time. He would participate in such destruction to win.