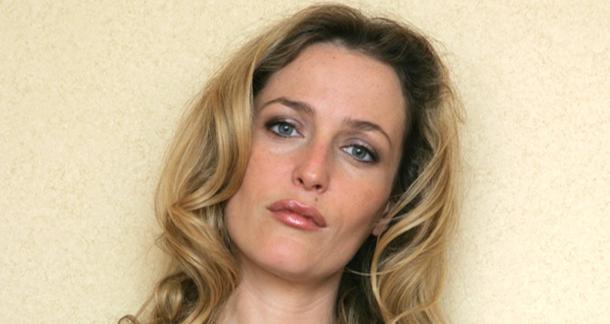 Gillian Anderson is pretty well-known to us fans of the science fiction genre. She portrayed the skeptic Dana Scully in The X-Files, which despite being goofy at times has always been a staple of the sci-fi media. She played the role for nine years before moving on to other projects such as the television series Hannibal, but it seems she can't leave the genre behind.

This time, she's coming back as an author of a new sci-fi series called the EndEarth Saga alongside cowriter Jeff Rovin. It will be published under the new Simon & Schuster science fiction/fantasy imprint Simon451. According to Anderson, the first book, A Vision of Fire, will focus on a child psychiatrist who deals with trauma patients, and her experiences with a uniquely troubled patient.

"Over the course of spending time and helping her and investigating the origins of the girl's trauma, [the psychiatrist] begins to realise that the girl's behaviour is tied to much greater forces in the universe, and as the story unfolds, she must prevent destruction on a grand scale," Anderson told Entertainment Weekly.

Anderson certainly has the experience and background to immerse herself into the science fiction genre, and apparently has enjoyed writing for some time.

"I enjoy writing, but don't usually allow myself the time, and I don't think I'd ever think to write something in this genre without the prodding of someone like Jeff. But I realised I had ideas hidden within me for a series and a lead character, in this case, a heroine," she told EW.

I'm a little surprised she's been able to keep an appetite for the written word after realizing there are millions of such words dedicated to X-Files erotica fanfiction, but on the other hand, David Duchovny, so I guess that makes it a little easier. All power to her.

I adore her. I wanted to grow up to be Dana Scully when I was a kid lol. Didn't quite work out that way. The story sounds a little similar to somehting, but I can't put my finger on what it reminds me of. I think it will still be worth checking out though.