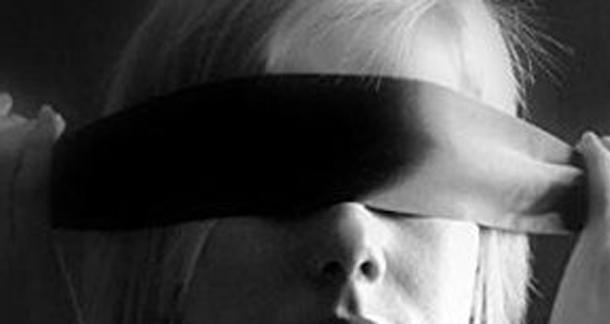 For a short time this morning, the GamerGate battle spilled onto literary shores, when an 11-page story about gang-raping one of the movement's most frequent targets appeared for sale as an eBook at Amazon.

Roughed Up By #GamerGape was a thinly-veiled assault aimed at Zoe Quinn, a video game developer and frequent target of GamerGate. Here's the description of the book, as it appeared before Amazon pulled it:

Zada Quinby is a controversial video game designer who may have crossed the line. When her latest game offends the nation, five upset players decide to teach her a lesson. This gang of gamers decides to give Zada of piece of their mind, and much more!

Pardon me, I would like to go projectile vomit for a bit.

The book was removed from the online store shortly after Raw Story got on the case, and an Amazon rep admitted that the eBook violated the Amazon Kindle Direct Publishing’s Content Guidelines. I first saw the book when Quinn tweeted about it:

so um. someone's selling rape fanfic of me on amazon. :/ TW obviously http://t.co/fHC81lTfkr

Amazon might get some flack for this, which is an interesting point for debate. Amazon's self-publishing platform is meant to be user-friendly, and they can't police every single word they publish—but should they? To the company's credit, they did swiftly move to take down something that was clearly offensive and inappropriate.

Oh, how to describe GamerGate in a succinct way. Essentially, it's a hashtag employed by some very disturbed and delusional people who are claiming to be advocating for ethics in gaming journalism (it's not, a fact proven in many shapes and forms). What they're really doing is using it to tear down and harass women. Mostly women like Quinn, media critic Anita Sarkeesian, and game developer Brianna Wu (along with many others), who promote feminist viewpoints and diversity in gaming.

Many of these women have had personal information about them doxed, and have been subjected to frequent threats of rape and murder. Some have had to leave their homes. There are a lot of resources on the 'net if you want to learn more and are in the mood to be bummed out.

There's a lot to say about GamerGate. That it's a poisonous hate movement. That it's mostly populated by cowards who hide behind anonymity. This, to me, really sums it up: It's a movement claiming to be about ethics that congregates mostly on 8chan, a website that hosts pro-pedophilia discussion boards. Not really ethical, is it?

So, learned members of LitReactor, what do you think of this latest salvo? Should Amazon give some thought to better policing practices? Do you think they were on top of things in a sufficient way? Is there a free speech component here that ought to be considered?

Jesus, some people need to get out more. Kept the whole gamergate thing at arms length as it's just too depressing

Community Manager
helpfulsnowman from Colorado is reading But What If We're Wrong? by Chuck Klosterman December 19, 2014 - 12:49pm

There is a free speech issue. The only types of speech that aren't protected by the first amendment are

However, the first amendment only protects the author's right to create the material. It does not force Amazon's decision to distribute it, or even a web hosting service's decision to host it.

I just clicked, and it appears the link is dead. I can't find the book on Amazon.

I guess I feel like it's a two-way street issue. On the one hand, no one should have to be threatened this way. On the other hand, I don't really trust Amazon to be an authority on what I should and should not read.

June Faramore from Baltimore, Hon is reading Fear and Loathing on the Campaign Trail '72, The Destruction of the European Jews, Haunted, Damned, In Cold Blood, Infinite Jest December 19, 2014 - 2:25pm

I think Amazon handled this well. No other way to do it without spreading censorship like the fungus from Dreamcatcher.

No freedom of speech issue, as far as I'm concerned. I follow Zoe Quinn too, and this girl has suffered enough. Regardless of her specific circumstance, however, no one has the right to openly threaten other people this way, particularly with such a horrid act as rape. I recognize there are fictional "rape fantasy" works abound, but that's clearly not what this was. This was yet another attempt to attack a woman who dared criticize the minority role women occupy in the world of gaming. Shame on the authors for writing it, and praise to Amazon for pulling it so promptly.

Community Manager
helpfulsnowman from Colorado is reading But What If We're Wrong? by Chuck Klosterman December 22, 2014 - 4:48pm

Don't get me wrong, I'm not in the camp that thinks this is right. Constitutionally-protected speech is left purposely vague for the sake of greater protection for legitimate free speech, and these cases are super complicated. For details:

And an interesting look at hate speech from the American Bar Association:

I personally think there's a free speech issue, not because this should be protected, but because this sort of thing points out a big flaw in the system. Basically, how do we create laws that protect people from threats while also maintaining the right to free speech?