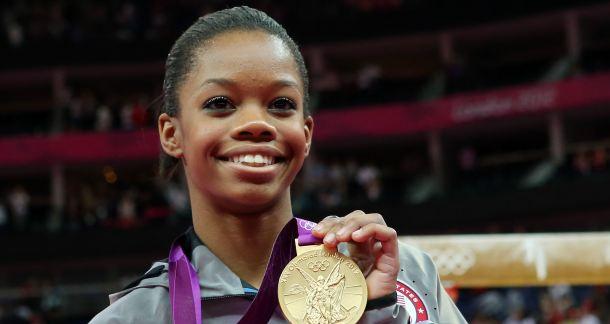 Gabby Douglas, who amazed audiences around the world with her stunning gymnastics performances at this year’s Summer Olympics in London, may be adding a new title to her resumé: author.

Douglas, sixteen, became the first African-American woman to win a gold medal in the all-around competition last week. Soon afterwards, the offers from book publishers began rolling in. According to manager Sheryl Shade:

I have about five solid offers and at least 12 inquires in total…I just haven’t had a chance to speak with them all. I think within the next week [Gabby] will agree to do one.

Shade did not specify which publishers were in the mix, but did say that three of them were Christian imprints, looking for an inspirational autobiography. Douglas says she is excited at the prospect of writing about her journey:

I would love to put out a book. My mom and I want to let people know about us and how we overcame hard times.

The potential book deal announcement comes on the heels of other good news for Douglas. She is scheduled to appear on a special-edition Kellog’s Corn Flakes box, and is featured on the latest issue of People magazine, and prior to the games, signed a deal with Proctor & Gamble.

Forbes magazine has estimated that Douglas will earn between $2-3 million in endorsements over the next two years.

I am sure she has sacrificed a lot to get where she is. Most kids her age (myself included when I fell into that age group) can barely hold it together focusing on nothing but high school.