From Page To Screen: Fight Club for Girls, Guardians of the Galaxy and Steampunk Tom Sawyer 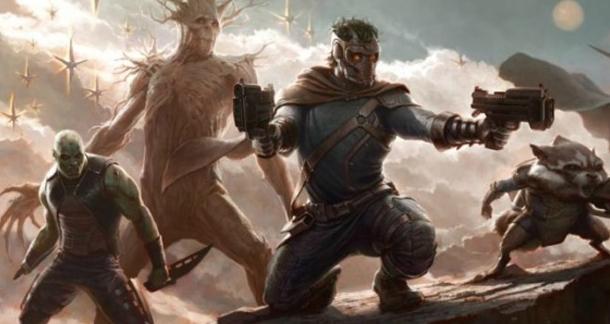 Fox 2000 has optioned Megan Abbott’s new novel, Dare Me. The book explores the dark underside of competitive cheerleading, and was pitched as “Fight Club for girls." It's being adapted by Abbott. I haven't read this book yet, but Abbott's The End of Everything was one of my favorite books of 2011. So I will be watching this project's progression with a great deal of interest. [Publishers Weekly]

Sources say Marvel is in exclusive talks with James Gunn to direct Guardians of the Galaxy. Gunn is one of those directors whose films I'm sure I would love his (Slither, Super) but I just haven't gotten around to watching them. Sources also indicate that a number of directors have passed on filming Guardians of the Galaxy because it's a very weird project. This is a film, after all, that will feature Rocket Raccoon, a gun-carrying, anthropomorphic raccoon, and Groot, an extraterrestrial who looks like a tree. Gunn being a Troma guy, this seems to be in his wheelhouse, and the internet geeks are in a tizzy over the suggestion of his involvement, so yea, I'll sign off on it. [Badass Digest]

From the creators of ABC's Revenge, a mystery adventure show following Tom Sawyer and Huckleberry Finn as young men who form an investigative firm in a steampunk New Orleans. I don't know what else to say. This will either be brilliant or a disaster. No middle ground. What do you think? [Deadline]

Joshua Chaplinsky from New York is reading a lot more during the quarantine August 20, 2012 - 10:07am

I think Gunn is a good choice. I hated Super, but that was because of Ellen Page's obnoxious performance. Slither is a cool, weird horror flick. I say Nathan Fillion for the voice of Rocket!

@NaturalE, maybe calling it "Fight Club for girls" is patronising of whichever commentator said so. It limits a book with female protagonists to a female audience, which is putting up more walls between genders than are necessary. But I don't think that argument extends to saying women shouldn't be able to carve out their own separate spaces in culture/literature that consciously go against the usual male-dominated grain.

Yeah, Dare Me totally sounds like 'Fight Club for girls', IF you actually think Fight Club was all about underground boxing.

Robert.B from Northern Ireland is reading The Last of the Savages By Jay McInerney August 29, 2012 - 11:20am

Dare Me is a fantastic book, absolutely loved it. I can see the similarites between the two, most notably the relationship between Addy and Beth to Tyler and The Narrator.